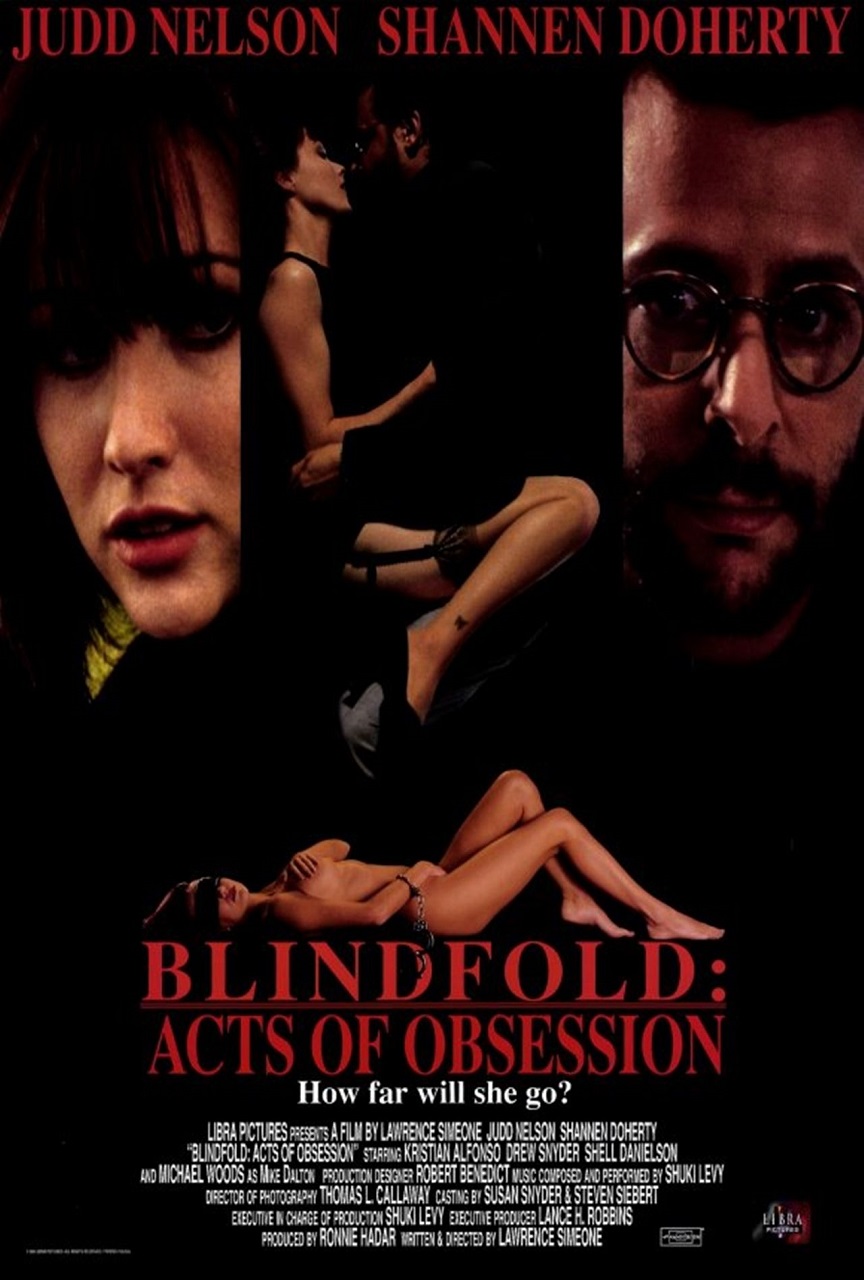 Madeleine Dalton and her husband Mike engage in increasingly wilder sex. This is something that has been suggested by her psychologist Dr Wendell Jennings as a means of spicing up their marriage. Wendell becomes increasingly more concerned when Mike starts introducing blindfolds and bondage to their games. Around the same time, Madeleine’s sister Christine, a police detective, is investigating a series of murders in which women have all been blindfolded, handcuffed and then killed. These are identical to killings that were conducted five years ago in San Francisco by a Bobby Aldridge who jumped off a bridge before he could be apprehended. Christine comes to believe that Bobby is still alive and is now stalking Madeleine.

In the late 1980s/early 90s, films such as 9½ Weeks (1986) and Basic Instinct (1992) ushered in a new era of sexual permissiveness and explicitness in Hollywood. European filmmakers have had it out in the open for years and seem to regard on-screen depiction of sexuality as a matter-of-fact subject. However, Hollywood, or at least America, suffers from an acute sense of Puritanical guilt regarding sex.

Blindfold: Acts of Obsession sets out to imitate the Basic Instinct formula – it features a popular name actress (in this case Beverly Hills 90210 (1990-2000) brat Shannen Doherty) willing to shed their clothes; an edgy form of sexual practice (in this case very light bondage). Inevitably tied to it is a sense of disturbed psychology – one that clearly implies that off-the-mainstream sexual practices and mental imbalance are more or less the same thing. If the connections were not clear enough, the script is happy to spell it out – the heroine’s sister warns her, “You play with danger – you get burned,” and her psychologist incredibly enough tells her: “You get consumed by that kind of thing and before you know it you are twisted into evil.”

Nor is Blindfold: Acts of Obsession particularly erotic – a scene with Shannen Doherty bound, blindfolded and being teased with ice cubes is a shameless copy of an identical one in 9½ Weeks. Shannen Doherty certainly gets topless, something that endeared Blindfold: Acts of Obsession to Celebrity Sleuth fans and their freeze-frame buttons, although many of the scenes are clearly being augmented with the use of a body double. The basic premise of the film – we are asked to believe that a psychologist would suggest getting into bondage as a means of propping up a failing marriage – is absurd, as is the film’s contortion of twisted pasts.

Shannen Doherty gives a passable performance. Much better is Kristian Alfonso as her sister who, while clearly cast as a standard beautiful blonde, also suggests a strong moral drive in her character. Judd Nelson plays the psychologist with a laughable bug-eyed intensity – it is extremely difficult to believe that anybody would willingly go to him with their problems.