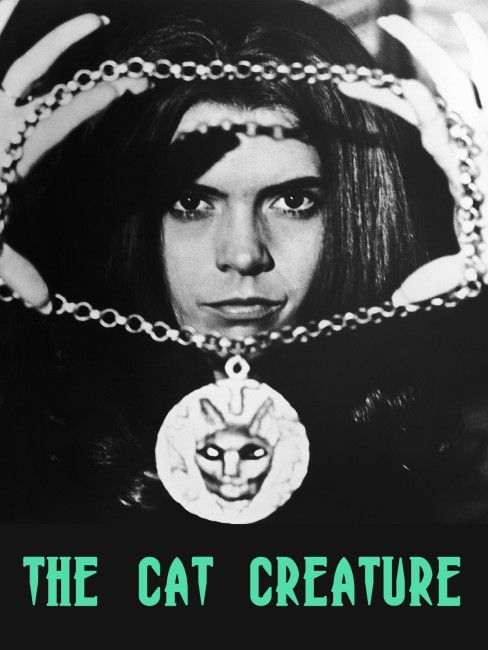 Appraiser Frank Lucas goes to assess the estate of the late Hiram Drake, the owner of a valuable collection of Ancient Egyptian antiquities. While Frank leaves the room, thief Joe Sung comes and steals the gold amulet of the cat god Bast from the sarcophagus of a mummy. Joe tries to sell the amulet at the occult store of Hester Black but she turns him away. He leaves his briefcase behind and Hester’s assistant Sherry finds the amulet and puts it on. On the way home, she picks up a black cat, only for it to hypnotise her to jump out of her apartment window. Not long after, Rina Carter applies for and obtains Sherry’s job at Hester’s store. Rina then becomes involved with Roger Edmonds, an archaeology professor aiding the police investigation. As the two of them become drawn into the mystery, they realise that everybody who comes into possession of the amulet is being killed by the black cat.

Horror started to find a home on television during the 1970s. There were the successes of the Gothic soap opera Dark Shadows (1966-1971), the hit tv movies The Night Stalker (1972), Trilogy of Terror (1975) and a host of adaptations of horror classics, all from producer Dan Curtis. A number of others jumped aboard this bandwagon. Douglas Cramer, who would later produce shows like The New Original Wonder Woman (1975-9), The Love Boat (1977-86) and Dynasty (1981-9), made a handful of horror tv movies during this period with The Dead Don’t Die (1975), also from Curtis Harrington and Robert Bloch, Search for the Gods (1975), Snowbeast (1977) and Cruise Into Terror (1978).

As director, Douglas Cramer employed Curtis Harrington who had a number of genre credits during the previous decade, notably with his psycho-thrillers in the Batty Old Dames genre such as What’s the Matter With Helen? (1971) and Whoever Slew Auntie Roo? (1971). (See below for Curtis Harrington’s other films). On script was horror writer Robert Bloch, who had gained a good deal of fame for having authored the original book that became the basis of Alfred Hitchcock’s Psycho (1960) and had successfully spun this out into a modest screenwriting career (see below for Robert Bloch’s other credits).

The Cat Creature is often called an old-fashioned homage to classic Hollywood horror by genre commentators. Maybe so. The film certainly brings out of retirement a classic cast that includes veteran horror actor John Carradine as the desk clerk of a fleapit hotel; Keye Luke as the thief; and Gale Sondergaard, an actress who was popular in the 1930s and 40s, including playing The Spider Woman (1944), but fell out of favour due to refusing to testify in the McCarthy Witch Hunts. There is even Peter Lorre’s son as a second-hand dealer. As the female lead is Meredith Baxter, who had just come from Ben (1973) and was a few years away from success in Family Ties (1982-9).

Commentators are also fond of likening The Cat Creature to the classic Cat People (1942) by. (People may have been caught by the cameo from Cat People‘s hero Kent Smith as the estate appraiser at the start of the film). However, aside from the two films featuring people who turn into cats, this is a misnomer. There are crucial differences in tone between the two that set them poles apart – Cat People hides everything behind ambiguity and suggests that the existence of any cat people is in people’s imagination, whereas The Cat Creature is a plodding, literalistic film that lacks anything in the way of subtlety and only ever provides any cat person in the bizarrely left field twist ending.

Curtis Harrington once had his star touted because of his films in the Batty Old Dames genre but even a couple of years later he was caught in the tv wasteland. By the point of The Cat Creature, you have the feeling that neither he (nor Robert Bloch) cared much about the assignment. This film is stuck with the same problems that the cat horror anthology The Uncanny (1977) had – it is unable to make images of the shadow of a cat or closeups of a black cat ominously staring at people into something sinister. Harrington’s direction is ploddingly dull and fails to find anything in the way of atmosphere. Everything that happens is thuddingly obvious and is killed by a loud and overemphatic canned score. The script is a pedestrian detective story plot that schematically turns by the numbers and arrives at a desultory ending that barely lifts the show. The cat vengeance and Egyptian curse plot devices feel like they belong to hackneyed B movies before the film even starts – and Robert Bloch does disappointingly little to enliven the tiredness of the elements.