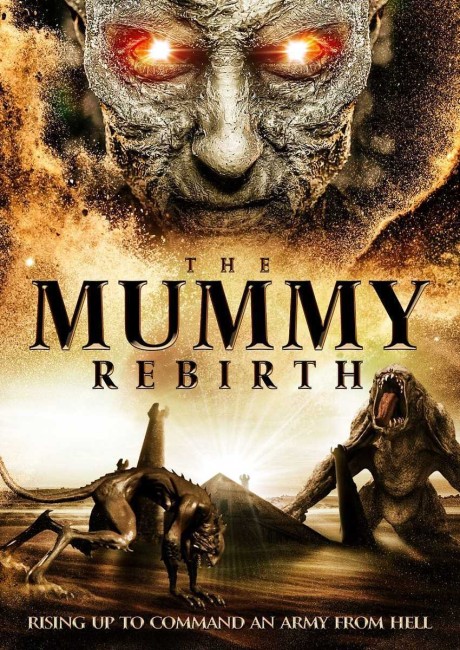 The archaeologists Daniela and Noe uncover the tomb of Sebek who, along with his lover Reheema, is believed to have existed before the first pharaohs. They are backed by the ruthless Sager who pushes them to enter the tomb. Daniela intones a rite that brings Sebek’s mummy back to life where it proceeds to slaughter Sager’s men. Sager abandons Daniela and Noe in the tomb but they make an escape. They try to stop the increasingly ruthless Sager as he seeks to obtain the Stone of Zalad and resurrect Reheema, which could have devastating consequences.

The upshot of this is that we end up with a film that is lacking in any of Stephen Sommers’ giddy visual effects delirium and trying to get by on a budget that is probably less than the craft services bill for one of the other Mummy films. Thus we get no epic visual effects or action sequences. In fact, the show successfully goes on through nearly its first half-hour without any kind of action. Eventually we get some scenes with various people shooting in a cave. There are a lot of scenes with people shooting throughout, sometimes without any clear rhyme, reason or even target – in one scene, hero Carter is alone in a defile pretending to wrestle a rubber snake and keeps shooting even though there is nothing else in the cave with him. A really crappy CGI demon also turns up at one point.

The film ends abruptly unresolved while the end credits announce that there will be a sequel Pharaohs, which Price, Khu and most of the same cast shot in 2019 but has yet to be released. The Mummy Rebith should also not be confused with The Mummy Reborn (2019), which came out the same year.