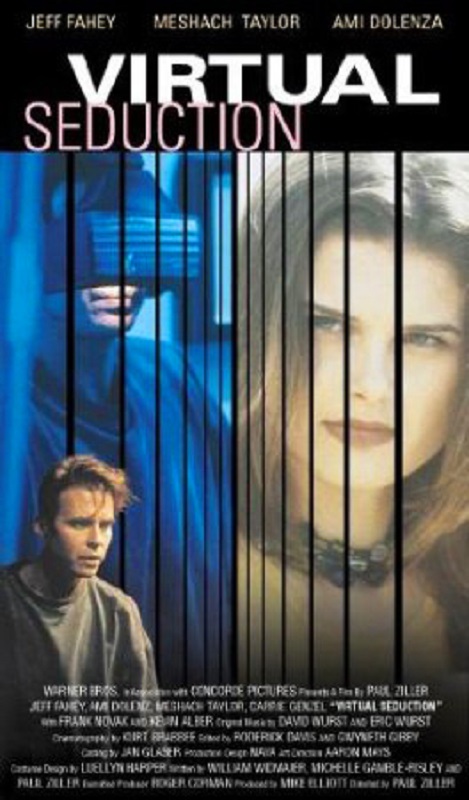 In 1994, Liam Bass elopes with his girlfriend Paris only for her to be killed by a carjacker. Five years later, Liam is a volunteer at a cybernetics company that is researching Virtual Reality technology. At the same time, he becomes involved with Paris’s best friend Laura Robson. He then comes up with the idea of getting the system to create a virtual copy of Paris. The copy proves so lifelike that he becomes instantly absorbed in it. The company even moves a VR pod into his apartment so he can spend more time inside the simulation. Laura becomes concerned that Liam is spending so much time inside VR that he is neglecting his health. Moreover, she uncovers that the company head Dr Grant is using Liam as a subject in a series of illicit experiments involving VR simulations that are tied to his unconscious thoughts.

The film is made on a low-budget so we get nothing of the computer-animated trips into VR that The Lawnmower Man pioneered or even the cheaper effects of the imitators – the VR scenes here are just ordinary rooms and restaurants, or day-to-day scenes shot with no attempt to make them seem any different. The VR technology stretches credibility – the entire personality of the late girlfriend is recreated after the computer scans a single photo of her. There’s a dull plot about corporate skulduggery and illicit VR experiments, which becomes a heavy-handed parable about the dangers of spending too much time immersed in the virtual world, before a predictably cliched ending where Jeff Fahey forsakes the virtual world for the real world love under his nose.