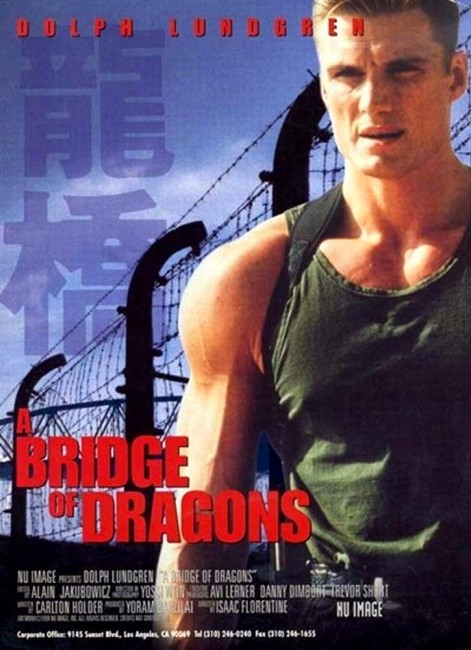 The Princess Halo is being forced to marry General Ruechang who rules the kingdom on her behalf. However, the iron-fisted Ruechang treats her cruelly and beats her. Halo then learns that Ruechang murdered her father, the king. Rather than accept marriage to Ruechang, she decides to flee into the wilderness with the intention of joining the rebels who are resisting Ruechang’s suppression. Ruechang sends his second-in-command Warchild, whom he saved as an orphaned child and has raised as a ruthless killing machine, to get her back. In dealing with the self-willed princess and having to rescue her from slavers and rebels, Warchild comes to discover feelings for her. When he finally brings her back, only to see Ruechang beat her to the ground, Warchild stands up against Ruechang and flees with Halo to join the rebels. Ruechang sends his armed forces to bring Halo back and kill Warchild.

Swedish-born karate champion Dolph Lundgren has maintained a solid and reliable presence as an action star for most of the 1990s. Lundgren first appeared as a heavy in films like A View to a Kill (1985) and Rocky IV (1985) and then took the lead in Masters of the Universe (1987). Lundgren has since appeared in modestly effective action films like Dark Angel/I Come in Peace (1990), The Punisher (1990), Showdown in Little Tokyo (1991), The Joshua Tree (1993) and Jill the Ripper (2000). While he has never attained the A-list presence of action stars like Arnold Schwarzenegger, Sylvester Stallone or even Jean-Claude Van Damme, Lundgren has always maintained a presence on the video-released end of the market and proven himself as an action star who is not just solid beefcake but has demonstrated a modest capacity to act as well.

Bridge of Dragons comes with an intriguing set-up. Immediately after it opens, we sit puzzling over exactly what world we are in. The film seems to take place in a monarchy that is set in a quasi-wilderness that could be post-holocaust. Inside the city however, modern Jeeps and Russian helicopters sit alongside vehicles and costumes from the 1930s, while out in the wasteland people live amid ruins and use horseback technology. The evil general’s troops wear the uniforms of World War II German infantry, the leaders of the mythical kingdom are Asian, while the extras looks Israeli. (Bridge of Dragons was actually filmed in Bulgaria). The opening title card informs that the film takes places “somewhere where the past meets the future”. Clearly the film is borrowing a leaf from Star Wars (1977) and its claim to be set “in a galaxy far, far away” or perhaps what the peculiar Beowulf (1999) tried to do in creating a world that is an atemporal mix of post-holocaust and the past.

In this sense, Bridge of Dragons is a fantasy film that has been told in the guise of an action film. The forthright princess heir to the throne who flees from marriage to an evil tyrant, the dark lord who wields malevolent influence over the kingdom, the warrior hero who has lost his parents in tragic circumstances, the good peasant rebels in the wilderness – are all staple tropes of sword-and-sorcery fantasy.

Only, Bridge of Dragons actively resists any fantasy elements. Indeed, the only fantastic element in the film at all is its setting – a kingdom that is a mix of future and quasi-familiar past. There are almost times that one thought that Bridge of Dragons might open out into fantasy – like where Dolph Lundgren says that only he knows how to kill General Ruechang (spelt Roechang on the end credits), where for a moment one thinks that the film is suddenly going to open out into evil sorcerer territory and have Lundgren reveal secret information about the magical means to kill the otherwise invulnerable dark lord. Alas, it doesn’t.

Isaac Florentine directs the action with a satisfying brutal punch. The action scenes come at regular intervals and certainly this side of the film does not disappoint, particularly impressive being the modestly scaled massacre of the rebel encampment during the middle of the film. The story at least creates an initially promising arc, although in the end this only comes down to being an average and predictable by-the-numbers plot, which is disappointing considering the interesting milieu that Isaac Florentine has taken the time to set up. It should also be noted that the title Bridge of Dragons has no relevance to any thing or place in the film.

Dolph Lundgren has the solid action presence and laconic personality down pat by now and is serviceable, even if the role does feel like he is playing it by the numbers. Hong Kong-born actress Rachel Shane (who appears under the name Valerie Chow in her Hong Kong roles) comes across with a strong independent intelligence, not to mention throws some mean punches of her own.