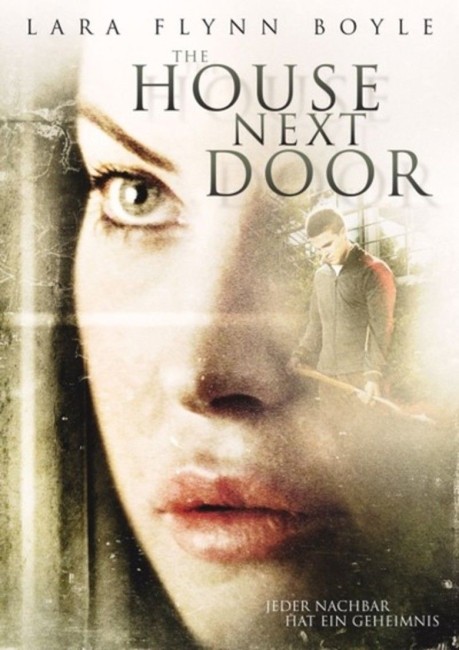 In suburban Connecticut, husband and wife Walker and Col Kennedy discover that an architect is building a dream home for Buddy and Pie Harrelson next door to their house. The finished house is a marvel of design. Not long after the Harrelsons move in, the architect Kim confesses to Col at a party that the house has drained all his creativity. Moments later, Buddy pushes the pregnant Pie down the stairs. After he is arrested, a new family, Buck and Anita Sheehan, buy the house. Col becomes certain that there is something about the house that preys on people’s minds. She is proved right not long after as Anita becomes obsessed, seeing her dead son everywhere, and then hangs herself. As the Greene family and their young daughter move in and the husband becoming increasingly autocratically controlling of his wife, Col tries to stop them from becoming the next victims of the house.

This Canadian-American effort is a haunted house tv movie. Although strictly speaking it is not a haunted house but falls more into the idea of the parasitic house that we saw in Burnt Offerings (1976). For a time, The House Next Door amusingly suggests that it is going to be a haunted house film reconceptualised along the lines of Desperate Housewives (2004-12). The unnamed street where the various women live could very easily be Wisteria Lane and the script sidetracks away, particularly during Lara Flynn Boyle’s opening narration, to give an identical gossipy backbiting look in on the lives of the women on the street.

It is given a competently middle-of-the-road handling by director Jeff Woolnough. Most of the scares are measuredly set around the commercial breaks. There is a slow first half but the film picks up not too badly when it comes to observing Julie Stewart receiving phantom phone calls and visions of her dead son as a pizza boy, she and Lara Flynn Boyle watching images of him in combat on a tv screen and Stewart flickering through dead air channels, before she is found hanging. The performances are all competent and there is nothing particularly bad about the film that one can point to; on the other hand, there is little to The House Next Door that rises above the routine.

The part that I feel did not work was the ending. [PLOT SPOILERS]. Here in a sudden about-face architect Mark Paul Goselaar is made into a bad guy – it is never made clear whether he has become poisoned by the house or whatever was in his head was bled out into the design of the house. In the earlier scenes where he is pouring his heart out to Lara Flynn Boyle, he seems a victim of the house as much as anyone else, but when he returns he has become for no clearly motivated reason smooth and dangerous and seems to be operating in cohorts with the house. There is no explanation of this change and more importantly none offered throughout the film as to why the house has such a poisonous effect on its inhabitants.

The cast are all Canadians of no particularly high profile. The one name present is an imported Lara Flynn Boyle, best known for tv’s Twin Peaks (1990-1) and The Practice (1997-2004). Lara Flynn Boyle is always an actress I have liked. She has a beauty, cool and penetrating eyes that radiate an intelligence out from behind tightly guarded emotions. She is somebody well worthy of more big screen leading roles, rather than this throwaway material.

Jeff Woolnough is a Canadian director who has almost entirely worked in television. He has made episodes of numerous television series and ventured into genre material with films like Universal Soldier II: Brothers in Arms (1998), Universal Soldier III: Unfinished Business (1998) and Race Through Time (2000).