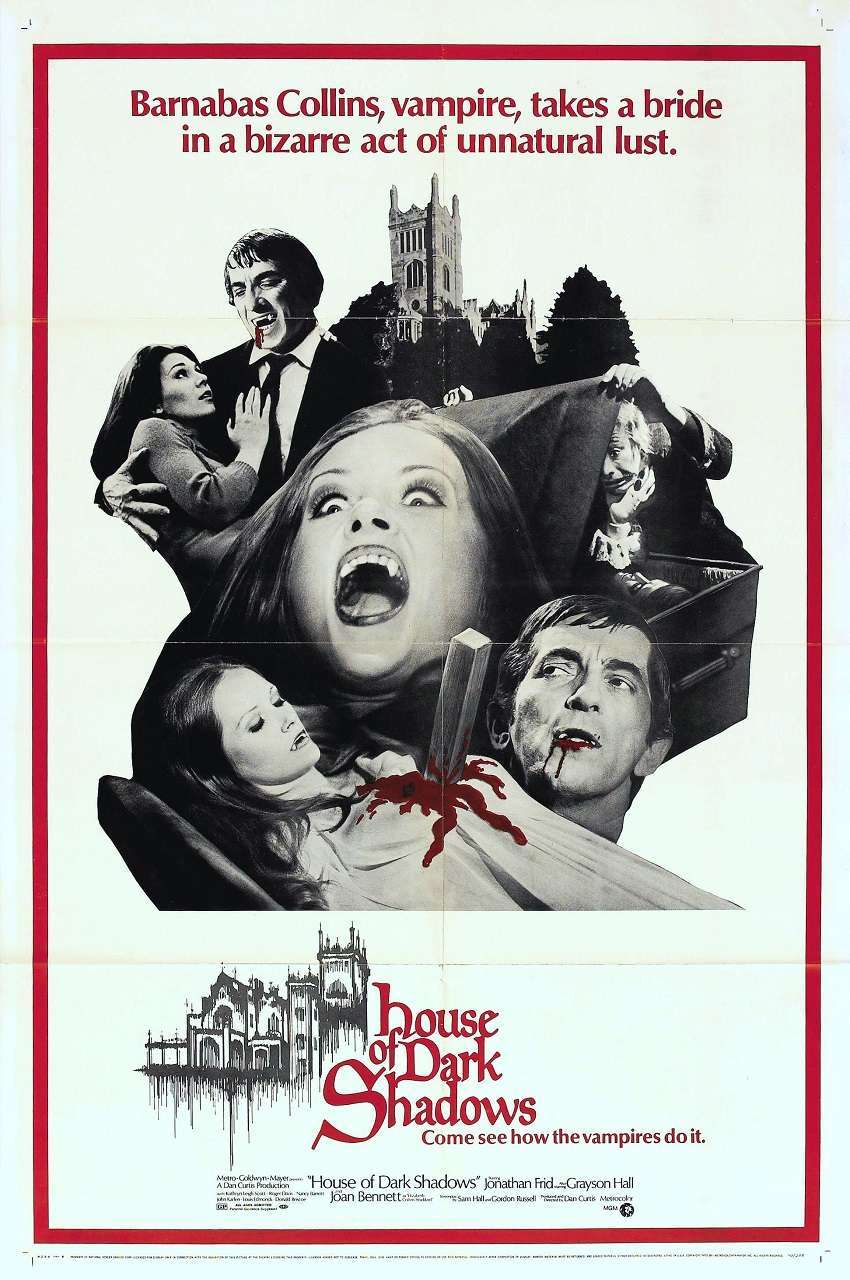 In their ancestral family mansion in Collinsport, Maine, the Collins family are visited by a lost relative Barnabas, who bears a striking resemblance to his 19th Century counterpart of the same name. Barnabas is in fact a vampire. He now sets his attentions on Maggie Evans who resembles his lost love Josette Du Prez. Carolyn Stoddard becomes jealous of the attention Barnabas gives to Maggie and during a fight Barnabas bites Carolyn, causing her to become a vampire too. Afterwards, Carolyn starts preying on others in the area, which brings the attention of the police. Dr Julia Hoffman deduces that Barnabas is a vampire and offers him the possibility of becoming human again through a series of injections. However, this is endangered by the jealousies that emerge when Barnabas reveals his intention to marry Maggie.

The tv series Dark Shadows (1966-71) was one of the cult phenomenons of the 1960s. Initially construed as a late-afternoon Gothic soap opera, it was not until the introduction of Jonathan Frid as the vampire Barnabas Collins in the second season that the series developed a following. In its five year run, the plotline covered most horror themes, including introducing a werewolf and a witch as running characters and taking the cast back in time for an entire season. There were two film spinoffs, with House of Dark Shadows here and the subsequent Night of the Dark Shadows (1971), both directed and produced by series creator/producer Dan Curtis, while the series was later remade on the big screen in the Tim Burton film Dark Shadows (2012).

House of Dark Shadows essentially retells the introduction of Barnabas Collins and a condensed version on the plotlines of the second and third seasons. It keeps the majority of the characters that appeared in the series (and the actors that played them), excepting the werewolf Quentin (around whom the second film was focused) and drops the governess Victoria Winters who was the series’ original point-of-view character.

The one thing that the film provides is much more lavish scope and budget, even colour. (The tv series was filmed in black-and-white). Dan Curtis, the producer of the tv series and later producer and sometimes director of other genre tv movies like The Night Stalker (1972), the Jack Palance Dracula (1974), Trilogy of Terror (1975) and films like Burnt Offerings (1976), directs crudely. There are occasional moments of atmosphere in some of Carolyn’s attacks but other scenes miss it altogether.

The film is essentially set around the character of Barnabas Collins. Barnabas was always an intriguingly ambiguous figure, as here, caught halfway between monster and hero. The film and the tv series did not have the image of the darkly romantic vampire of the 1980s and beyond to draw upon and as a result the character seems of divided nature. Certainly, as the tv series continued, Jonathan Frid became less the monster and more the romantic hero. His death at the end of the film features some nifty old age makeup from Dick Smith.