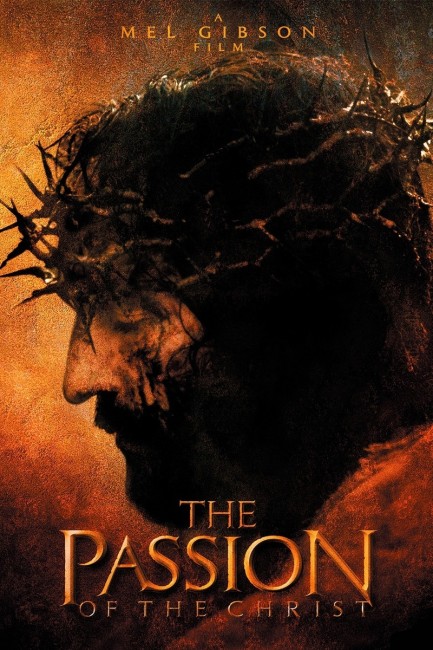 Jerusalem during the Roman occupation. Jesus, the self-proclaimed messiah and King of the Jews, is arrested after being betrayed by one of his own disciples Judas. Jesus is dragged before the Roman governor Pontius Pilate by the Jewish Pharisees who demand that he be executed. Unwilling to condemn to death a man he sees as innocent of any crime, Pilate sentences Jesus to a flogging. Even after Jesus is flogged to the point of near death, the Pharisees continue to cry for his execution. Pilate eventually accedes to these demands and sentences Jesus to crucifixion. For Jesus though, this is surrendering his life to the will of his Father.

Throughout much of the 1980s and early 90s, Mel Gibson became if not the No. 1, at least the No. 2 or 3, Hollywood star in films like Mad Max (1979) and sequels, Lethal Weapon (1987) and interminable sequels, Tequila Sunrise (1988), Bird on a Wire (1989), Air America (1990), Forever Young (1992), Maverick (1994) and What Woman Want (2000), while also frequently attaining various Sexiest Man Alive sobriquets. Belatedly into the mid-90s, Gibson started taking advantage of this status and created his own production company Icon Productions, which has funded a number of films (often of a frequently arthouse bent). More than that, Gibson also started to make his presence felt as a director. He first made the underrated Coming of Age drama The Man Without a Face (1993) and then won a Best Director Academy Award with the historical film Braveheart (1995). Braveheart solidified what would become Mel Gibson’s identifiable style as a director in subsequent efforts like The Passion of the Christ, the Aztec drama Apocalypto (2006) and the war film Hacksaw Ridge (2016) – historical subject matters (although in all cases the accuracy of Gibson’s depiction of history has been debated by historians); much focus on the mud, dirt and filth of the era; and an increasing emphasis on the most violent and bloodthirsty aspects of these time periods.

What was not always known was that behind the star presence Mel Gibson held ardent Christian (Traditionalist Catholic) beliefs. Initially, The Passion of the Christ, Gibson’s personal work of faith about the last hours of Jesus Christ, was thought to be a disaster in the offing. After failing to get studio backing, Gibson financed the entire film himself to the tune of an estimated $30-50 million. Gibson had initially intended to shoot the film in Latin and Aramaic (the languages of Christ’s time) and leave it unsubtitled, letting the images speak for themselves, but evidently someone persuaded him of the financial disaster that this would mean and to release the film with subtitles.

The great surprise that promptly came was that The Passion of the Christ found a massive audience. Indeed, so much so that the film ended up becoming the No. 1 highest grossing film of 2004. Moreover, it inaugurated a new genre niche of Christian cinema with Hollywood suddenly rushing to pander to this newfound audience niche with films like The Chronicles of Narnia: The Lion, The Witch and the Wardrobe (2005), The Exorcism of Emily Rose (2005), The Nativity Story (2005) and Evan Almighty (2007), as well as grassroots promotional campaigns that gave these films advance screenings in churches.

The Passion of the Christ is odd for a film purporting to be about the life of Jesus Christ. For such a work of personal faith on Mel Gibson’s part, there is almost nothing mentioned throughout of what Christ’s message was – if someone sat down to watch the film knowing nothing about Christian beliefs, they would be hard-pressed to find out anything about what Christ stood for. There is a brief scene where we get some of the Sermon on the Mount, a slightly longer one that covers the Last Supper, a wordless flashback showing that the woman caught in adultery that Christ prevented from being stoned was Mary Magdalen, and a brief 30 second scene of the boulder across the tomb being rolled back and a naked Jim Caviezel emerging resurrected.

When it comes down to it, The Passion of the Christ is almost entirely a 127-minute film about the brutalisation, humiliation and torture of one individual. Mel Gibson gives us a long, extended scene where we see Jim Caviezel manacled up and flogged until his skin is bloody and raw – we even get to see gruesome shots of a clawed cat-of-nine-tails digging into his skin and tearing the flesh out. The flogging goes on for some 10-15 minutes without interruption or cutting away. Gibson lets us feel every blow – he even has the Roman soldiers standing around counting off each lash. This is followed by the staging of the Stations of the Cross with a bloodied Jim Caviezel carrying the cross up the hill to Golgotha while being jeered at by onlookers, flogged by soldiers and repeatedly collapsing into the sand. Gibson drags this scene out for some 31 minutes. Along with the additional scenes of Caviezel being nailed onto the cross in no-blood-spared detail, The Passion of the Christ amounts to a torture scenario that is dragged out for nearly an hour of screen time.

The irony of this is that while the Moral Majority raised a good deal of ire about the nastiness of Saw, Hostel etc and their depiction of scenes of torture, they raised holy hell about The Passion of the Christ being slapped with a R rating in many countries, meaning that children were unable to see this spectacle of bloodthirsty sadism. As a matter of protest against this double-standard, I never went to see The Passion of the Christ when it came out theatrically, but am sorry that I never did as I missed one the most extreme works of the modern Torture Porn fad.

Even aside from the prolonged torture scenes, Mel Gibson’s direction comes ludicrously overwrought. The number of scenes with Jim Caviezel collapsing in slow-motion detail during the climbing to Golgotha starts to become singularly tiresome. A simple scene like him drawing the line in the sand in the flashback to the woman caught in adultery scene is blown up to the point that the trail of sand pops like shotgun blasts. When the spear is jabbed into Christ’s side to see if he is dead, Gibson has the onlookers being sprayed with fluid for something like two minutes. Similarly, Barrabas is not a mere criminal but almost a cartoon caricature of a lunatic madman and physically deformed to boot.

One of the silliest scenes in the film is when Judas is taunted and pursued by a crowd of children (who seem to be being stirred up by Satan) and hounded along a road outside of the city before being driven to hang himself. Quite why the children pick on Judas is never clear, nor are we sure why Mel Gibson could not contrive some less thoroughly overwrought idea of conveying Judas’s guilt and desolation of the soul than the idea of a crowd of demonically possessed kids. One suspects that a good deal of this might have emerged out of Mel Gibson’s initial intent to shoot the film without subtitled dialogue and the need to have to convey his story in pictures and emotions rather than words.

The best scenes in the film are those with a morally troubled Pontius Pilate arguing with the Pharisees and unsure of what to do. Mel Gibson builds Pilate out with much more depth than he is usually accorded in most accounts of the Gospels and Hritso Naumov Shopov gives a performance that holds an unexpected sympathy and moral complexity.

Actor Jim Caviezel, who would appear in real-life to be someone who is as strongly fervent in his Catholic beliefs as Mel Gibson, gives a performance as Jesus that is almost entirely relayed physically. Gibson for some reason has Caviezel made up in a way that physically extends his facial features to the point that he almost looks like a spiny anteater. In the few scenes that we do not see Jim Caviezel bloodied, muddied and being tortured, his looks have been given an almost impossible hyper-real handsomeness. Satan, by contrast, is cast with the androgynous Rosalinda Celantano who is tall, bony and spends all her screen time slinking around the backs of crowds covered in a black hood.