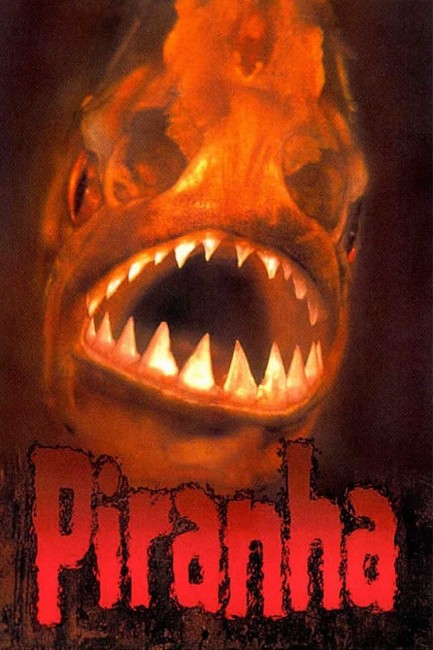 Reclusive Paul Grogan reluctantly joins private detective Maggie McNamara in the search for two missing teenagers. The search leads them to a disused military base. In emptying a pool, they inadvertently release into the river piranha that have been genetically bred to survive in fresh water. As the piranha start eating everything in their path, Grogan and Maggie race downstream to find a way of stopping them before they reach a lakeside holiday resort where Grogan’s daughter is spending her vacation.

This was made as part of a package of remakes of his old films that Roger Corman oversaw for cable. The original Piranha (1978) never seemed to be a film that has any classic stature that is particularly deservous of a remake. It was made and intended as a B film, but ended up being elevated by John Sayles’ sly script and director Joe Dante’s characteristic quirkiness.

For reasons unknown, the remake chooses to play the tongue-in-cheek original straight. In doing so, it does not seem to realise that the in-jokiness was the original – without it the remake is just an ordinary B movie, no different to any of several dozen Jaws (1975) imitations. The remake tries to crack lame genre in-jokes – “Have you ever seen The Creature from the Black Lagoon? And here’s the Crab Monster” – and that is about as clever as it gets. There is one would-be in-joke aimed at the original – “I was representing Dante and Sayles – a client,” says burned-out lawyer William Katt. (The film may well think it is making a homage to the original’s creators, although one should note that according to the script Dante and Sayles are meant to be industrialists who have ruthlessly polluted the environment).

The plot otherwise follows the original closely. There are occasional changes – Kevin McCarthy’s scientist now becomes a woman; the self-important camp counsellor originally played by Paul Bartel becomes a bimbo; and now the piranha were originally created for use in Russian and European conflicts rather than the Vietnam War. Alexandra Paul gives an, as always, competent performance.