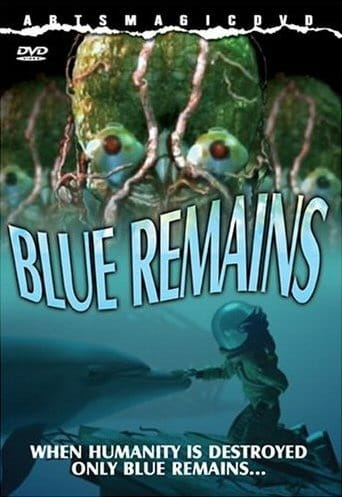 The Earth has been devastated by nuclear war. Two environmental scientists, Ryu and Yuri, return from space with a special consignment of seeds that will terraform the Earth’s surface and rejuvenate life there. They land their ship at the bottom of the ocean. The two of them eventually die from radiation poisoning but leave their young daughter Amamiku in suspended animation to be revived by the ship’s computer Mayzamik and continue the mission. Ninety years later, Amamiku is revived but Mayzamik insists it is too dangerous for her to return to the surface. Amamiku then encounters a ship containing survivors from the underwater habitat Bachisfare. Upon discovering who she is, they determine that the seeds must be protected at all costs. At the same time, they face Glyptofane Sex, one of the artificial brains created to protect the Earth, which decides that they must all be eliminated to prevent the Earth from ever being infected with the human menace again.

The Japanese animation company Gaga Communications made the first ever CGI anime with A.li.ce (1999). Blue Remains was their follow-up. Like A.li.ce, Blue Remains ventures into the same type of epic-scaled post-holocaust science-fiction. A.li.ce had a number of limitations, brought about it seems by the newness of the form, and seemed to lack confidence when it came to reaching for the epic vistas that are a hallmark of science-fiction anime. The good news is that by the time of Blue Remains, made only a year later, Gaga have become a good deal more assured and Blue Remains is a stunning effort, a quantum leap of artistic/technical quality beyond A.li.ce.

There are times when Blue Remains has something of the extraordinary imaginative sweep of a 2001: A Space Odyssey (1968). There is an original and complex story. Most of all though, Blue Remains is a film where Gaga have extended themselves in terms of imaginative flights of fancy and made full use of the computer-generated medium. There are frequent moments where one sighs at awe at the beauty of the scenery or sweep of action – scenes like Amamiku’s journey across the hills and dales of the ocean floor and then up into the dance of the beams of under-reflected light; the ship’s traversal of the Solar System in the opening moments.

One of the joys of A.li.ce was the wonderfully detailed and authentic looking vehicles. Blue Remains is filled with these – submarines with ornithopter vanes; robot dolphins; the giant sinister form of the octopus-like Gylptofane Sex and its army of robotic drones. There are dazzling underwater combat sequences with the tiny ships taking on the giant mass of Glyptofane and trying to avoid its army of drones; or the exhilarating race down into a cavern as Amamiku and Malloz are pursued by Glyptofane’s tentacles.

Against this, directors Hisaya Takabayashi and Toshifumi Takizawa set up a classically mythical story arc – a fierce struggle of characteristically small heroes pitted against a massively scaled menace, tragic sacrifice and a transcendentally uplifting ending, all with a strong environmentalist undertow. It is great stuff – exhilarating in the artistry employed and stirring in the scale of the struggle.

On the minus side, Blue Remains is much less effective when it comes to the characters. These disappointingly seem little more than CGI versions of the limited ones that appear in 1970s/early 1980s hand-drawn anime. Unlike A.li.ce‘s Kenichi Maejima, who demonstrated an affinity for using the medium of CGI to find the tenderness of the characters’ expressions, Takabayashi and Takizawa seem disinterested in the characters and place far more interest in the ships and the underwater vistas. Indeed, during the fierce battle against Glyptofane, the tragic sacrifices are measured more in terms of the vehicles being destroyed than the characters’ deaths.

As with much Japanese cinema and anime – Nausicaa in the Valley of the Wind/Warriors of the Wind (1984), Princess Mononoke (1997) and Final Fantasy: The Spirits Within (2001) – there is a strong theme of environmentalism running through the film. Indeed, there are a great many similarities between Blue Remains and Nausicaa – in both films a young girl with unshakeable faith fights to restore a ruined Earth, battling against a monstrous menace. Blue Remains reaches a beautifully transcendent ending with a giant-sized tree bursting up to the surface, sprouting through the sunlit clouds and revealing tiny human embryos nestled like leaves in its branches.