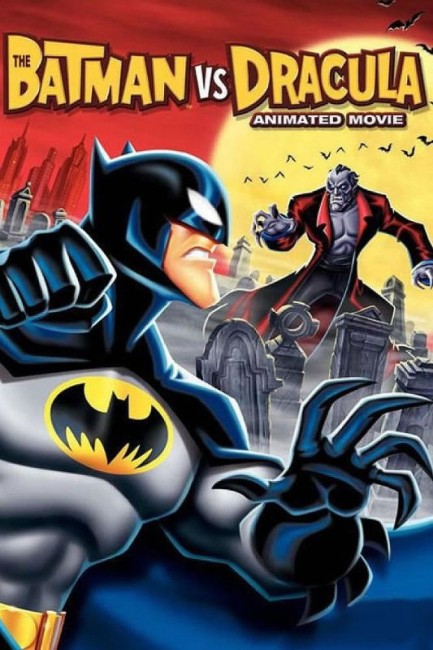 Both The Penguin and The Joker make escapes from Arkham Asylum after hearing a fellow inmate’s story about a treasure buried in Gotham Cemetery. The Batman pursues The Joker but this end tragically with The Joker being electrocuted by his electric buzzer when he falls into the river. At the cemetery, The Penguin is confused by the directions and instead opens a crypt. The crypt contains the body of Count Dracula who revives after a drop of The Penguin’s blood falls onto his desiccated skeleton. Dracula then uses his hypnotic powers to turn The Penguin into his servant. The Batman becomes involved after reports of people going missing across the city and is witness as Dracula puts the bite on several victims. The reports of another bat-like figure around Gotham City have The Batman blamed for Dracula’s activities. After invading a ball held by Bruce Wayne, Dracula becomes fixated on Vicky Vale and decides that he wants to reincarnate his love Camilla Karnstein in her body.

Batman (1992-5), usually referred to as Batman Animated or Batman: The Animated Series, is one of the modern masterpieces of television animation. The series took the dark look of the live-action Tim Burton Batman films and converted it to animation, creating a dark and brooding, psychologically driven work that was one of the most striking pieces of animation to hit the usually anodyne world of children’s television. This had a number of spinoffs, including Superman (1996-2000), the futuristic Batman Beyond (1999-2001) and Justice League (2001-6), as well as several theatrical and video/dvd released films based on all of these franchises. This has been unofficially nicknamed the Bruce Timm DC Universe, after the producer who was associated with these productions.

The Batman (2004-8) was an attempt to reboot the Batman Animated franchise. Several of the production team behind the Bruce Timm Universe were present, including Alan Burnett and Glenn Murakami in various producing roles, although the series was largely driven by Michael Goguen and Duane Capizzi, who had previously produced the animated Jackie Chan Adventures (2000-5). However, while it traversed the same territory as Batman Animated, The Batman was highly disappointing. The dark brooding art deco look of Batman Animated had been replaced by day glo colours – indeed, while Batman Animated was inspired by the Tim Burton films, The Batman gave the impression of trying to replicate the look of Joel Schumacher’s Batman Forever (1995) disaster in animation. All the dark psychological drive of Batman Animated was gone, replaced by flashy editing gimmicks, while the villains of the show were redesigned in ways that no fans of the comic-books would recognise – as seen here, for instance, The Joker becomes a crazy with red eyes and green dreadlocks. Bruce Wayne was drawn with vast Cro-Magnon brow and weak chin, which made him look all of about sixteen years old. Other redesigns of familiar characters like Catwoman and Man-Bat were disastrous and I gave up on watching the show after less than half-a-dozen episodes.

Batman Animated had successfully spun off a number of video/dvd-released animated films beginning with Batman: Mask of the Phantasm (1993) and The Batman vs. Dracula was the first film spinoff from The Batman. The title holds the promise of an attention-grabbingly gimmicky fight match. Certainly, there are comic-book precedents for this and Dracula has served as a villain in the DC Batman universe before. Most notable was the trilogy of graphic novels Batman and Dracula: Red Rain (1991), Batman: Bloodstorm (1994) and Batman: Crimson Mist (1998) as part of DC’s Elseworlds series, which offered up radical alternate world interpretations of familiar DC superheroes – Dracula, for instance, infects Batman with his bite making him a literal Bat-man. The stories also featured vampiric versions of The Joker, Catwoman (who is a were-cat) and with Commissioner Gordon and Alfred forming a team of vampire hunters.

The Batman vs. Dracula certainly has a better budget than The Batman, allowing a much more colourful and stylised version of Gotham City, for instance. The introduction of Dracula as a villain allows the script to make some interesting analogies between he and Batman. At one point, Dracula turns up at a ball at Wayne Manor and pertinent analogy is made between he who is a bat who hides as a man and Batman who is a man who disguises himself as a bat and how both hide behind masks of who they truly are. Rather amusingly, when it comes to them fighting on the roof in silhouette, the animators have to draw Dracula with a ragged cape to differentiate between the two figures.

It also feels that the script has had to twist the existing comic-book characters out of shape to make the story work – The Penguin is turned into Dracula’s hypnotised loyal servant; The Joker is vampirised; while Vicki Vale is turned into Dracula’s object of affection and abducted as the intended vessel for the reincarnation of Dracula’s bride. (Incidentally, Camilla Karnstein is namedropped as Dracula’s bride, the first known case (I think) when the two founding of characters of vampirism have been brought together on screen). Not to mention that the basic set-up requires Dracula to have to improbably be buried in a Gotham City graveyard. It feels more like a case of the comic-book canon having been twisted out of shape in order to make it work as a vampire story. The title team-up intrigues one, but you cannot help but think how much more depth and character could have been invested into the effort if The Batman vs. Dracula had been made as part of the Bruce Timm universe.