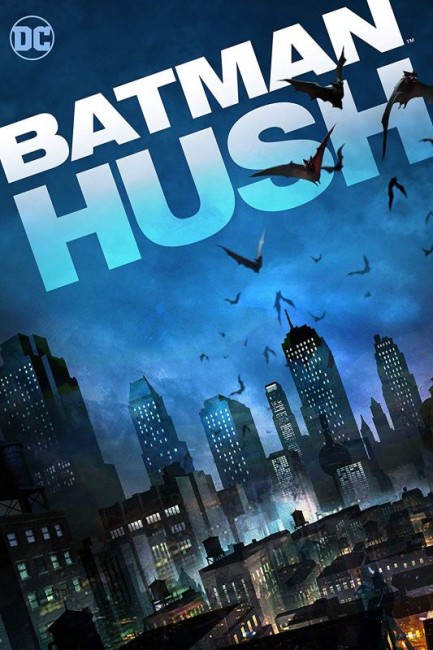 Batman goes into action to foil the kidnap of an industrialist’s son by Bane. In the midst of this, Cat Woman steals the ransom money. Batman follows and discovers Cat Woman is being mind-controlled by Poison Ivy. Freed from control, Cat Woman teams up with Batman, seeking revenge against Ivy. This becomes the cause of Batman and Cat Woman reigniting their passion. At the same time, Batman as Bruce Wayne has met Cat Woman as Selina Kyle again and asked her out. She is drawn between both men, unaware they are the same person. Batman makes the choice to reveal his true identity to her. The trail leads Batman and Cat Woman to Metropolis where Ivy has mind-controlled Superman with her Kryptonite lipstick and pits him against Batman. Behind all of this, they discover a new criminal known as Hush who hides his face behind bandages and is manipulating all of the super-villains in Gotham City to purposes of his own.

The film is an adaptation of Batman: Hush, a classic comic-book storyline that ran for twelve issues between 2002 and 2003. This has become widely regarded as a classic Batman story. The film does simplify the storyline somewhat – the original features a larger variety of super-villains, while this offers them up in slightly different combinations. The plotting in the original is also more convoluted – the most noticeable difference is Batman’s old friend Thomas Elliot who here simply becomes a tragic victim of Hush whereas in the comic-book he is in collaboration with Hush due to a long-standing grudge against the Wayne family. That said, the film manages to get most of the major plot points of the Hush storyline covered in its 81-minute running time.

The most notable feature of the film is the development of the relationship between Batman and Cat Woman wherein the two reignite their romance and cautiously pair together as a crime-fighting team. There is even a love triangle – one clearly borrowed from the perpetual Superman-Lois Lane-Clark Kent dilemma – with Cat Woman/Selina involved with both Batman and Bruce Wayne unaware of the difference, before he makes the decision to reveal his secret identity to her. This is the most substantial characterisation of Cat Woman in any Batman film, live-action or animated, to date. In fact, the film builds this out far more than it was in the Hush comic-book storyline, which did not have Batman revealing his secret identity to her, nor the love triangle between his identities.

Certainly, the relationship arc is more substantial than the Hush storyline. Often it feels that this exists just to bring out a line-up of super-villain cameos and have them all improbably being manipulated by Hush. You suspect that this would have worked more substantially on the comic-book page spread out over twelve issues where each would have been given more time rather than the story arc being condensed to a film’s running time. Also the revelation of Hush’s identity is not nearly as interesting a denouement as the build-up makes it into.