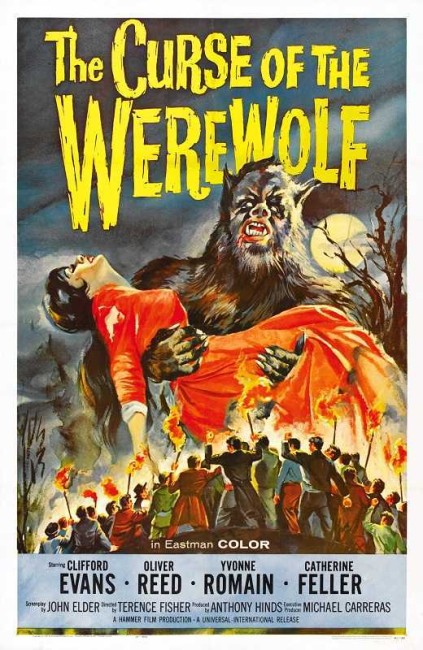 A beggar goes to the wedding banquet of the Marquis Siniestro. The cruel Marquis treats the beggar as an object of amusement and then has him thrown in a dungeon. Forgotten for many years, the beggar is treated with kindness by the jailer’s daughter. However, the beggar is overcome by loneliness and rapes the daughter. She runs away and is taken in by the kindly Don Alfredo Carrido where she gives birth to a son on Christmas Day and dies shortly afterwards. The Don adopts the child, calling him Leon. As he grows up, Leon demonstrates a strange liking for the blood of animals. When a shepherd shoots an attacking wolf, Leon is later found with bullets in his body. Growing into manhood, Leon takes a job with wealthy landowner Don Fernando and soon becomes attracted to Don Fernando’s daughter Christina. However, when his instincts are aroused by a whore, Leon turns into a werewolf. Terrified, he tries to persuade Christina to marry him in the hope that her pure love might overcome his animal nature.

England’s Hammer Films found considerable recognition with the twin successes of The Curse of Frankenstein (1957) and Dracula/The Horror of Dracula (1958), both remakes of Universal genre classics of the 1930s. This success spurred them onto conduct remakes of other classics including The Mummy (1959), The Two Faces of Dr Jekyll (1960) and The Phantom of the Opera (1962).

However, when Hammer then turned their attention to updating the werewolf legend they ran into a problem – the wolf man character that became a staple among Universal’s Famous Monsters line-up in the 1940s following The Wolf Man (1941) was one of the few characters that Universal had created specifically for the screen, rather than adapting from a novel as they had with most of the other classics. So instead of purchasing the rights to remake the screenplay of The Wolf Man, Hammer turned to a novel The Werewolf of Paris (1934) by Guy Endore. [Guy Endore himself had some fame during the 1930s as a screenwriter with films like Mad Love (1935), Mark of the Vampire (1935) and The Devil-Doll (1936)].

As with Hammer’s revamping of the abovementioned classics, The Curse of the Werewolf is a thoughtful and substantial reworking of the werewolf myth. In his screenplay (which varies substantially from the Guy Endore novel), Hammer producer Anthony Hinds roots werewolf mythology firmly in Spanish Catholicism. Indeed, The Curse of the Werewolf is perhaps the only werewolf story to treat lycanthropy as something that is not passed by a bite but as a divinely cursed state.

In order to set this up, script writer John Elder (Anthony Hinds, the son of Hammer’s founder) creates a lengthy preamble to Leon’s story – it is over 50 minutes before we get to see Oliver Reed and over an hour before Reed becomes the werewolf. This is filled with crashingly heavy symbolism at times – the child is born on Christmas Day, the font boils over and thunderclouds amass as he is baptised. On the other hand, this is by far the more interesting half than the second, which travels in more traditional areas. The second half is a reasonable werewolf story with a young, then unknown Oliver Reed standing up well in the part and Roy Ashton conducting a fine makeup job.

Most Hammer films (particularly those made by Terence Fisher) are rooted in a British upper-class assumptions. They create a divide between civilised reason and brutal animal passions. The wolf here represents brutish passions, which the film sees can be kept in restraint by a good society, even the love of a pure-hearted girl. Notedly, Leon’s animal instincts are stirred up when he strays outside the confines of ‘decent’ society and goes to visit a ‘bad’ girl – a whore. As with Dracula, we see that civilised reason and religion as conquering the dangerous forces of unrestraint.