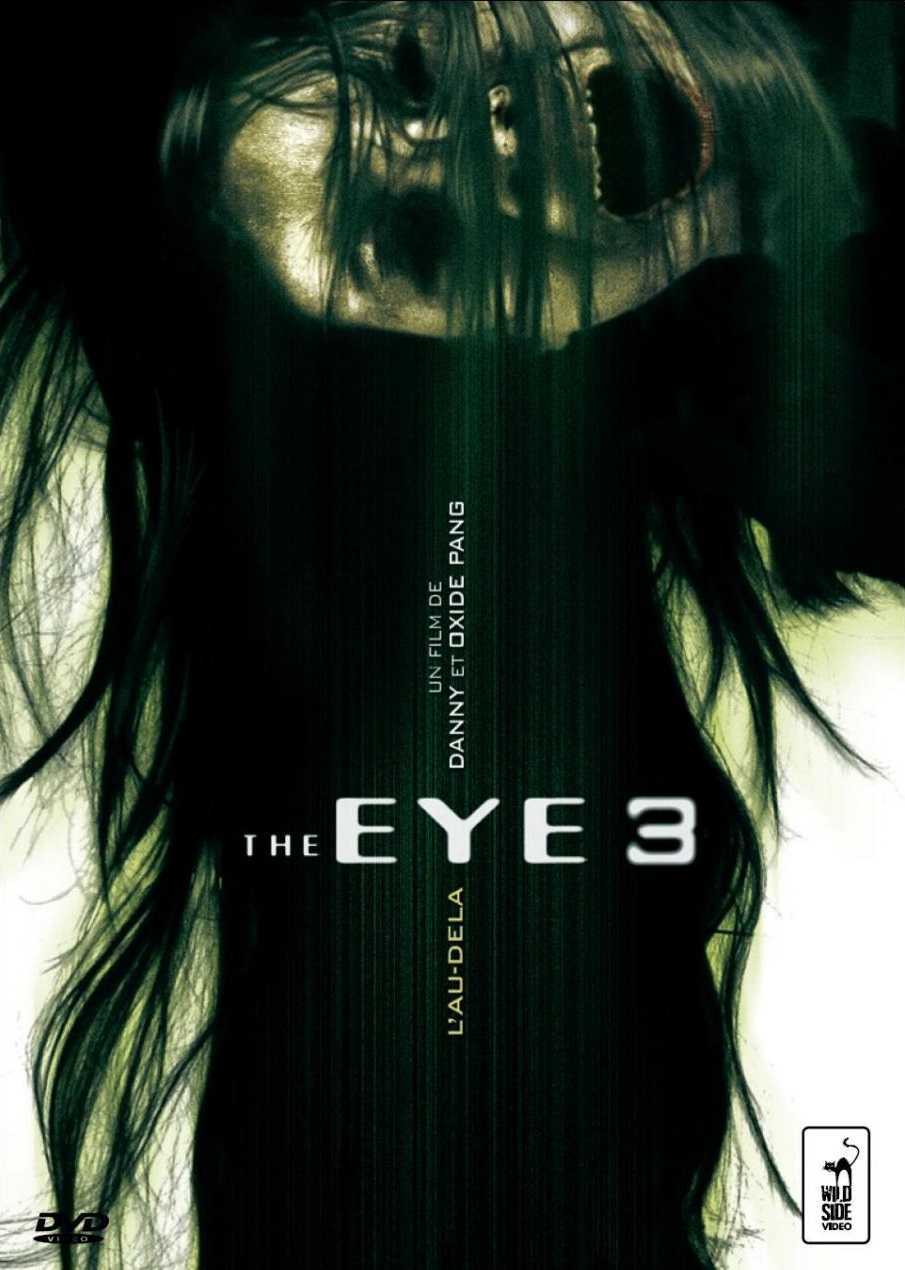 A group of friends travel to Thailand from Hong Kong to stay with their friend Chongkwai. Fooling around together at night, they tell each other ghost stories. Chongkwai brings out a copy of ‘The Ten Encounters’, a book that he found in a strange bookstore. It gives a list of ten methods by which one can see ghosts. The group decide it would be fun to try these and agree to play a game where they will try out all ten methods. As they progress through the methods, some find they can see ghosts, others not. While they are trying one method that involves playing a game of hide’n’seek at midnight while holding a black cat, ghosts surround Gofei and afterwards he has vanished. As the others return to Hong Kong, ghosts start causing them to disappear too.

The Eye 10 was the third of the Eye films by Thailand’s Pang Brothers’ Oxide and Danny. The series began with the huge international success of The Eye (2002), which essentially put the Pang Brothers on the map as directors. The two of them went onto make the arguably even superior The Eye 2 (2004) and then The Eye 10 here. The original film was also brought up for English-language remake as The Eye (2008).

The Eye 10 is always regarded as the dog among the Pang Brothers Eye trilogy – it failed to do the rounds of film festivals and it took three years before it was released in the US and then only to dvd. It gives all appearance of having a minor budget thrown at it based on The Eye franchise name alone with the Pang Brothers then being forced to scrape together a film to go with it. All three Eye films stand independent of each other as stories, although clips of about ten seconds from the other two films are briefly mentioned here as examples of true life incidents when the group sit down to tell ghost stories near the start.

If I had to compile a Top 10 list of genre directors currently at work in the world, the Pang Brothers would definitely be there. (See below for their other films). Their ability to conjure eerie suspense and unworldly atmosphere is matched by few others genre directors. I sat down to watch The Eye 10 expecting more of the same eerie unworldliness of the other Eye films.

There is a promising opening sequence where Buddhist monks surround a girl with a circle of string held in their hands as they pray, whereupon she suddenly floats up into the air, circles around the monks, poking a long lascivious tongue out and licking their faces. There is also a fine scene where the group first attempt one of the encounters and kneel in the street at a crossroads tapping chopsticks on bowls so that the hungry ghosts can come, whereupon they are visited first by an ominous crouched shape that scuttles along the alleyway, then by ghosts with dark pits for eyes that advance on them and a woman in black that floats down from above. All promisingly eerie atmosphere that enters into typical Pang Brothers territory.

Certainly, The Eye 10 lacks anything as outre as the elevator scene in The Eye – or for that matter The Eye 2. The Pang Brothers do produce an elevator scene here – almost as though it has now become something expected for each of The Eye films – where one of the group enters an elevator to find not just one but a horde of the dead, although the sequence fails to hold anything as out there as it did in the original. The showdown of competing styles by the possessed Chen. Po Lin and the two breakdancers (Or. Feit Tat and Chan. Yui Kei) with Chen. Po Lin shocking the onlookers by walking up the wall and along the ceiling must surely be the lamest sequence to ever take place in a Pang Brothers film. The climactic venture into the afterlife to rescue the two missing friends is promising but the sequence descends to lowbrow comedy with Chen. Po Lin driving the dead off with his farts.

The Eye 10 works in occasional moments but the overall story tying it together is weak. There are several haunting scenes but the Pang Brothers fail to make an interesting film out of it overall. It is almost as though they were aiming for an anthology feel based around the idea of making a film about a bunch of Thai superstitions – about opening an umbrella indoors, playing hide’n’seek with a black cat at midnight, playing peek-a-boo and looking backwards between your legs and so on. Mostly though, it feels as though they had to quickly slung something together from leftover ideas that did not make it into the other films.