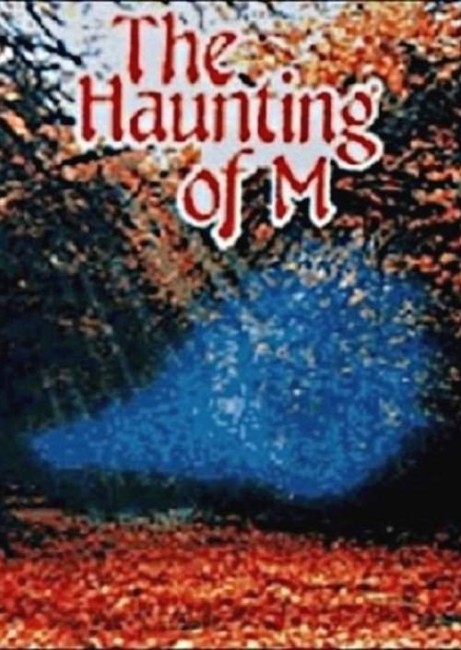 The early years of the 20th Century. Halina, who has been enjoying success as an actress, returns to her family’s estate for a ball. A group photo is taken but afterwards Halina and her sister Marianna puzzle over a mystery man present in the photo that neither of them recognise. Marianna then starts to become increasingly more ill. Halina thinks she sees a strange figure in the house. Their aging Aunt Teresa recognises the figure in the photo. Digging into the past, Halina discovers how the mystery man was Teresa’s suitor Marian who was driven away and died in suspicious circumstances after he and Teresa tried to elope.

The Haunting of M. was the one and only film directed by Anna Thomas who is apparently better known as an author of vegetarian cookbooks. Thomas has written half-a-dozen screenplays for her husband Gregory Nava (who acts as the director of photography here), as well as the screenplay for Frida (2002).

The Haunting of M. received zero attention during its day. It has only surfaced in recent years on places like YouTube. Thomas shot the film in a castle in Scotland with a completely unknown cast.

Firstly, one should commend Anna Thomas on obtaining a fine sense of period atmosphere on a clearly low budget. This is a film that looks as though it were a fly on the wall observation of ordinary life circa 1900 rather than one the sensationalised Hollywood approach where a costume designer and set dressers have run amok.

This disappointment of the film is in watching it as the ghost story it is pitched as. The period setting and everything that takes place becomes mannered and dull to the point of moribundity. This is a ghost story where the most ghostly manifestation we ever get is a figure in the shadows in a hallway and a mystery individual in a photo – otherwise there is nothing. On the other hand, we are not in the realm of The Haunting (1963) where all of the ghosts are purely suggested – the film simply makes no attempt to create the atmosphere of spookiness that a ghost story relies on. The proceedings move with a sedateness, eventually revealing a standard plot of the dead calling out from the grave because of guilty family secrets before arriving at a not terribly interesting ending.