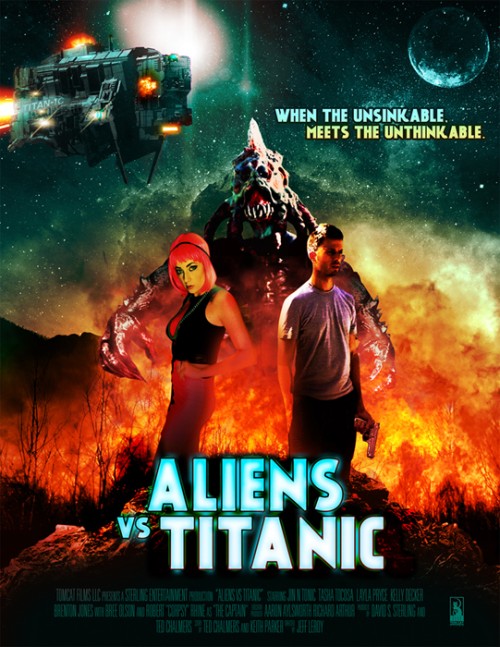 Passengers are celebrating the arrival of New Year of 2140 aboard the cruise starship Titan1-C under Captain Lewis McBride when the ship is struck by a meteorite. Alien creatures force their way into the ship and attack passengers and crew. As the ship is destroyed, First Officer Lana Vickers and four passengers who had snuck into the hold to take the sex drug Bliss make it to an escape pod. They crashland on an uncharted planet. After accidentally blowing up their supplies, they set out to find food. However, they discover that the aliens have also managed to sneak aboard the shuttle. The aliens are capable of taking over the bodies of humans and are now wanting to breed. With this realisation, they cannot be sure who among the group is inhabited by an alien.

The fact that the film also goes by the name Aliens vs College Girls or was later repackage as Predator World to take advantage of the release of The Predator (2018) gives a clear impression of how randomly this has been intended. One had grand ambitions of something approaching the Douglas Adams computer game Starship Titanic (1998) or maybe even The Asylum’s cheekily titled Titanic II (2010). Or even the image of a spacegoing version of James Cameron’s Titanic (1997) or the appealingly ridiculous notion of the legendary vessel being invaded by alien nasties. However, the title is largely a cheat – we have a spaceship named Titan1-C but this is abandoned about fifteen minutes into the show and the rest of the film becomes about the group abandoned on an alien planet.

Jeff Leroy reminds of a director like Fred Olen Ray who specialises in cheap science-fiction and horror and always makes a beeline for exploitation elements and having girls taking their tops off. About all that is missing here is Olen Ray’s regular genre in-references. The film’s schlockiest scene is one where Kelly Erin Decker has the alien nest in her breasts – “It’s using Terri’s boobs as a breeding ground” says one of the characters – followed by what I guess you have to call a boob-burster scene. In a later scene, we get Jin N Tonic having a sexual interlude with the alien while a romantic song plays on the soundtrack, which continues as she gives birth to about half a dozen alien babies immediately after.

Certainly, one has to commend Jeff Leroy in that he has some extremely good visual effects when it comes to the exterior shots of the Titan 1-C. On the other hand, these are far less so elsewhere in the film – the bugs burrowing under people’s skin, the explosion of the ship – leading one to the impression that he has obtained the use of some library shots. The film is about as cheesily ridiculous as you expect. It holds its raggedness together well enough and proves adequate for this type of entertainment.