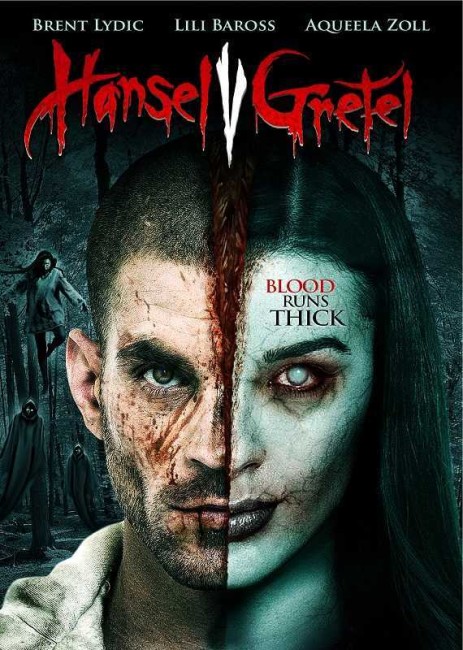 Hansel is now operating as a witch hunter, travelling across the US and eliminating the witches he roots out. After a suspected witch victim is found nearby, ge arrives in the town where Gretel operates a cafe. What Hansel does not know is that Gretel has gone over to the side of the witches and has gained powers after eating their flesh. She joins Hansel as he sets out to eliminate the witches in the area but is also manipulating him into killing her fellow witches so that she can become even more powerful.

The Asylum have also jumped in with various films adapted from classic literary works, including their own low-budget versions of War of the Worlds (2005), Journey to the Center of the Earth (2008), Sherlock Holmes (2009), 3 Musketeers (2011) and King Arthur and the Knights of the Round Table (2017) when the respective big-budget versions of these were made. With the popularity of a spate of big-budget adaptations of fairytales reworked as dark fantasy films during the early 2010s, The Asylum leapt aboard this with their own mockbuster fairytale adaptations that include the likes of Grimm’s Snow White (2012), Jack the Giant Killer (2013) and Sleeping Beauty (2014). Hansel vs Gretel is a sequel to their earlier Hansel & Gretel (2013), which emerged as the best of these efforts.

Hansel vs Gretel plays out with Hansel as a modern day witch hunter a la Hansel and Gretel: Witch Hunters (2013). To justify the title, the twist is that Gretel has gone over to the dark side and joined the witches and manipulated Hansel into killing her fellow witches, all something to do with a plan to resurrect another witch. Lili Baross does okay as Gretel – she has an amusing scene where she tries to ply her magical mind control charms on Riley Murphy to make him want her only for him to keep saying “No … no … I’m gay.” Brent Lydic seems more like the actor you would cast as a street thug. All of the other witches play OTT.

There is much toing and troing but the environs look cheap and tatty due to the fact that The Asylum have set everything contemporary – no doubt dumping the fairytale setting for cost reasons. There is certainly not the level of imagination here that elevated the film’s predecessor, the splendidly grotesque Hansel & Gretel.