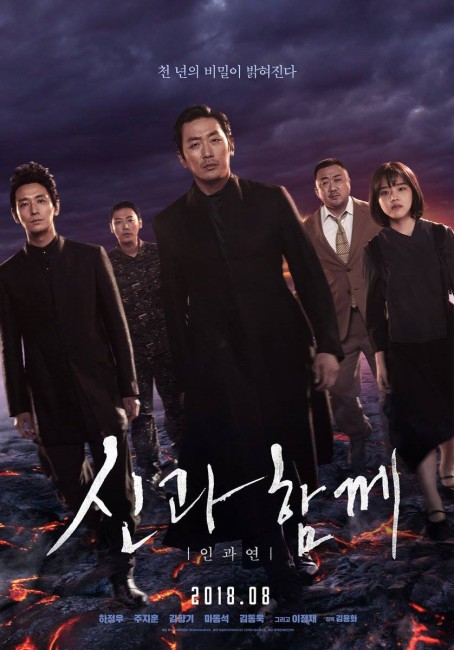 In the afterlife, the guardian Gang-lim defends Sergeant Kim So-hong who became an evil spirit. Gang-lim tells the court he is certain that Kim was murdered and is prepared to gamble the reincarnations of all three guardians on his being able to prove this. The judge agrees to let him do so but also stipulates that the other guardians ascend the soul of elderly Hur Choon-sam. While Gang-lim accompanies Kim on his journey through the various Hells of the afterlife, the other two guardians Haewonmak and Lee Deok-choon go down to Earth to ascend Choon-sam. However, they find that the old man is fiercely protected by the household god Sung-ju. Sung-ju has manifested out of his pot to aid Choon-sam who is trying to raise his young grandson Hyun-dong all on his own. The two of them are drawn in to aiding Sung-ju as Choon-sam is beset on all sides by debt collectors. As they attempt to find solutions, Sung-ju tells the two guardians about their pasts. They learn that all three of them lived a thousand years ago – Haewonmak as a fierce Goryeo warrior known as White Wildcat; Deok-choon as a girl of the Jurgen peoples who led a group of children orphaned by the war to shelter in the forest; and Gang-lim as the son of the Goryeo leader who resented his father taking in and raising a young orphaned barbarian child as his own. The fates of all three characters wound together in surprising ways.

Along with the Gods: The Two Worlds (2017) was a massive hit in South Korea, apparently being the second most viewed Korean film ever. The Last 49 Days was a sequel that was shot at the same time as The Two Worlds. Director Kim Yong-hwa has promised two further films, while there are also rumours of a spinoff tv series.

I didn’t much like Along with the Gods: The Two Worlds – it seemed to be a simple morality play that became distracted into wanting to be a superhero film and kept throwing in random CGI effects sequences. By contrast, I found Along with the Gods: The Last 49 Days a somewhat better film in that the things that proved distracting in the first film are now no longer such a big problem.

Here the big CGI effects sequences are there but trimmed back. We get a few of these – a sequence with Ha Jung-woo trying to hook a sea monster; another with he and Kim Dong Wuk being pursued through the desert by velociraptors and swallowed up in the gut of a monstrous creature. Certainly, the film’s visual effects budget has been much improved since the last film and these are some very impressive effects.

The first film’s story was focused around the guardians’ investigation of a paragon and whether the events in his life made him worthy. There is a similar figure here with Soo-hong (the brother in the first film), although here his story becomes more of a murder mystery about proving whether or not he was killed by the neglect of his fellow soldiers.

That said, the sequel is not so interested in following this and it is relegated to a B story while the primary story is focused around the backhistories of the three guardians. Here the stories of the three characters are gradually revealed through the course of the show and we see how the histories of all three wove together in surprising ways. These weavings and surprises prove moderately absorbing. On the other hand, Along with the Gods: The Last 49 Days is still a middle-of-the-road film, nicely and capably made but never more than that.