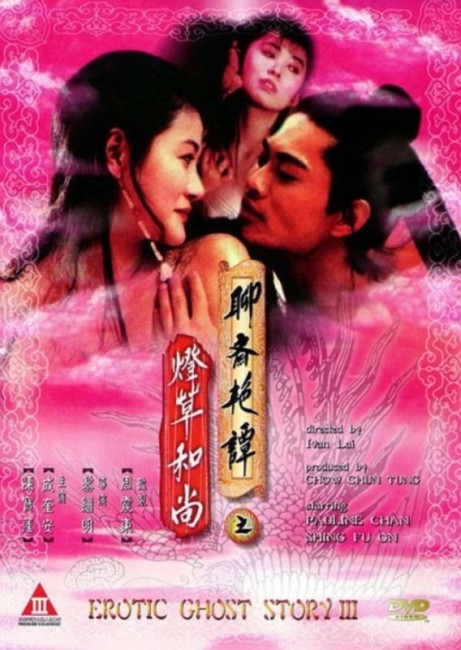 Chu Chung takes refuge in an old ruin. His arranged betrothed Liu Su-Su follows him there but he does not desire her. The two encounter the monk Reverend Wick. Chu is drawn to a painting on the wall, which opens up to take him into the afterlife where he falls into the arms of I-Meng. Su-Su is then captured by her Ladyship who rules the afterlife. Ladyship tricks Chu into using his powerful yang force and killing the god Chia Yuan, something that gives her total dominion over the afterlife and the power to rule Earth. As Ladyship makes Chu her sex slave, intending to drain his lifeforce, Su-Su and Wick try to save him.

There is however one very funny sequence where the priest shrinks himself to miniature size and then climbs up the matron’s pubic hair only to become trapped inside her vagina. It is here that the film attains something of the zany surrealism of the second film, although this is the only point where it does. The film does eventually arrive at a modestly entertaining full-fledged Wu Xia climax.