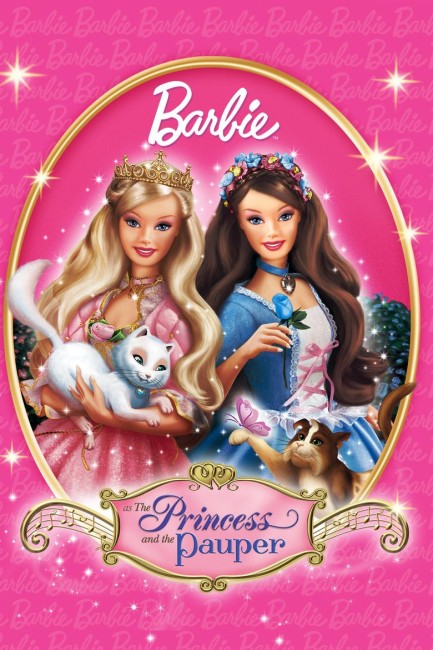 With the kingdom facing bankruptcy, the queen’s only choice is to marry her daughter Princess Annelise off to the neighbouring King Dominick. However, Annelise is in love with her tutor Julian. She and Julian sneak off into the nearby town where Annelise is startled to meet Erica, who is an exact double for her. Erica has been sold into servitude to the seamstress Madam Carp in order to pay off her family’s debts. The queen’s advisor Preminger schemes to snatch power for himself by marrying Annelise. He has Annelise abducted and imprisoned by two inept thieves so that Dominick will think she has fled and depart. Julian saves the day by getting Erica to stand in and pretend to be Annelise. Meanwhile, Annelise makes an escape from her captors – only to be found by Madam Carp who thinks she is Erica and thrown back into servitude. While posing as Annelise, Erica finds she is falling for Dominick but is unable to tell him the truth about who she really is.

The Princess and the Pauper is made in the same bland, plastic style that Mainframe used for the other early Barbie films. Unfortunately, the film is formulaic and director William Lau never invests it with enough vitality to make it stand out in any way. Barbie’s name has become synonymous with an airheaded blonde beach bunny; William Lau’s failing is that he allows the character on screen to be barely more than that either. There is little in the way of expression to the characters. In fact, one suspects that Barbie as The Princess and the Pauper might have worked better in live-action rather than animation where actors would give the characters some life, subtlety of expression and been able to fill out the humour much more. There are far too many songs, all of which are bland and forgettable. Barbie as The Princess and the Pauper is a competently made film – one has to give it that – but far too formulaic to be involving.

William Lau also does one thing that crucially kills the slender suspension of disbelief we are prepared to give the film – he gives a series of animated outtakes at the end where we see the characters’ stunt doubles, the princess’s cellphone ringing during a romantic scene and the prince suddenly breaking into a rap number. Even aside from the fact that the idea of animated outtakes has been borrowed outright from Pixar and is a hackneyed joke by now, for these to come after having sat through the film seem almost entirely designed to shatter what reality we have been prepared to extend to the story.