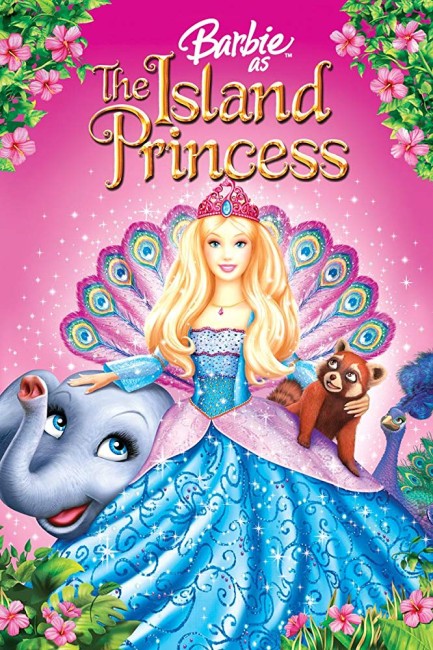 A young girl washes up on a desert island. There she is befriended by three animals, the elephant Tika, the peacock Azul and the meerkat Sagi and finds that she can talk to them. The animals name her Ro after the letters on the broken label of the trunk that washed ashore with her. Ten years later and Ro has grown to womanhood. A ship commanded by Prince Antonio of Apollonia comes upon the island. Antonio is taken by Ro and invites her to return to Apollonia with him. Upon returning, Antonio finds that his father, the king, has made plans for him to marry the Princess Luciana. Ro’s unworldwise ways and enjoyment of the company of animals has her regarded as odd by Antonio’s parents. Luciana’s mother Queen Ariana has plans to usurp the kingdom once Luciana and Antonio are married. She sees Antonio’s interest in Ro as an impediment to her plans and so creates a scheme to poison all the animals of the kingdom and have Ro blamed for this.

At the same time as one says that, Barbie as The Island Princess is also slow moving. The various songs drag the exercise out. The main problem though is that Mainframe/Rainmaker have still to crack the art that Disney and particularly Pixar have in making their characters burst forth from the screen with life. Barbie as The Island Princess feels populated by standard animation characters – the talking animal sidekicks and the evil scheming queen, while Ro seems like a Disney princess around the point of Cinderella (1950). They all follow eminently predictable arcs – the prince torn between the tradition-bending girl he loves and the one that his family are pushing him to marry; Barbie/Ro discovering that she is a princess all along at the end. There is the odd scene that stands out with a little more – like where Ro encourages the royal monkey Tallulah to shake off its life of decorum and enjoy the pleasure of swinging through a tree again – but The Island Princess feels like it needed more of this.

While in the previous films, Barbie has been characterised as either a fairytale princess or even a fairy, here she is something akin to a female Tarzan or even a Sheena, Queen of the Jungle – a princess raised on a desert island who has the ability to talk to animals, which sounds an improbable stretch when you consider that this is the classic girl’s doll Barbie we are talking about.