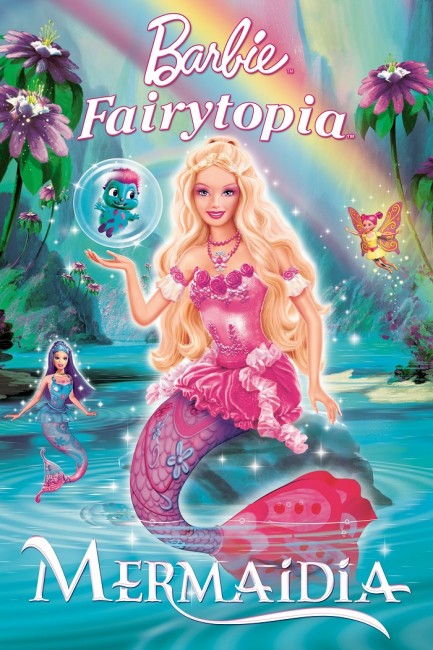 The fairy Elina learns that her friend Nalu, the mermaid prince of Coral Cove is in trouble. She and Bibble immediately set out to aid him. Nalu has been captured by the Funguses, the hench-creatures of Laverna. They threaten to poison all of Coral Cove unless Nalu shows them the secret whereabouts of The Immunity Berry, which will allow Laverna to become impervious to all magic. Arriving in Coral Cove, Elina tries to find Nalu. She meets Nori, who loves Nalu and immediately becomes jealous thinking that Elina is a rival. The two of them are forced to team up as they follow a series of cryptic clues to Nalu’s whereabouts but must face a series of perils along the way.

The Barbie films are intended for pre-adolescent girl audiences. As such, they are a sweet upbeat works that focus on the power of friendship and positivity and believing in yourself. Everything is presented in an untroubled manner. The underwater kingdom of Coral Cove comes in an eye-catching range of pastel colours that I am sure would look quite trippy if you were watching while high.

The story is a simple Plot Coupons fantasy that require Elina/Barbie and her rival-soon-to-be-best-pal Nori to journey through the underwater realm, visit various locales and obtain objects, all the while tracing a cryptic prophecy and with the addition of a routine threat to drive everything along. It all passes amiably.

On the minus side, Mainframe’s animation of this period always suffered from a certain glass plasticity – when the film is seen over a decade after it was originally made, this makes for tough viewing on the eye.