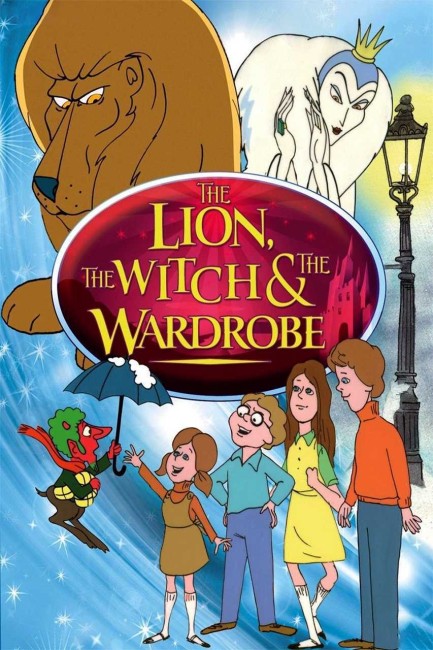 Lucy returns out of a cupboard in the attic to excitedly tell her brothers and sisters, Peter, Susan and Edmund, about the fabulous land of Narnia that she found on the other side where she was befriended by the faun Mr Tumnus. The others disbelieve her story. Edmund however follows Lucy back through the cupboard and is discovered by the White Witch who keeps the whole of Narnia under the thrall of winter. The White Witch is fearful of a prophecy that tells how four human children will come to claim the throne of Caer Paraval that will spell her end. With the promise of Turkish Delight, she gets Edmund to inveigle the others to come back through the cupboard. Once in Narnia, she sets out to hunt them down. Aided by two talking beavers, the four children set out to find Aslan, the mighty lord of the forest, the only one powerful enough to stand against the White Witch.

When it was made, this version of The Lion, The Witch & The Wardrobe came out amidst an interest in fantasy that had been sparked by the success of Star Wars (1977). A number of classic fantasy stories were adapted during this period – Rankin-Bass’s productions of The Hobbit (1977) and The Last Unicorn (1982), Ralph Bakshi’s The Lord of the Rings (1978) and the live-action likes of Excalibur (1981) and Conan the Barbarian (1982).

Of all the different versions of the book – the tv series The Lion, the Witch and the Wardrobe (1967), which is the one prior adaptation that has yet to be revived; this; The Chronicles of Narnia: The Lion, The Witch & The Wardrobe (1988) that came as part of the BBC’s tv adaptations of the first four Narnia books; and the 2005 film – this is arguably the most faithful to the C.S. Lewis book. The one noticeable difference is that this adaptation doesn’t keep the 1940s Wartime period that all the other versions of the story do – the kids all wear modern dress. Though the professor does appear and we get his oddball speculations about the actuality of Narnia, there is nothing explained of how the children came to be living in the big house and where their parents are. The upshot of this is that it leaves the real world scenes existing in a vacuum oddly free of explanation. There is also the removal of the character of Father Christmas, where the gifts that he gives the children are instead handed out by Aslan.

The main problem is that despite the faithfulness with which the story is told, the crude level of the animation renders the story akin to seeing a Shakespearean play being put on by five year-olds. Everything is depicted with plain line-drawn faces – even the employment of cartoony sound effects. This results in an exceedingly simplistic rendering of the story.

Despite the primitiveness of the animation, the film manages to convey a reasonable degree of subtlety and nuance to the writing. Some scenes do manage to be exciting – particularly the ones where the White Witch pursues the party across the land. The finest sequence is the sacrifice of Aslan – the scenes with Aslan (who is about four times the size of a real lion) walking off with Lucy and Susan and the White Witch’s humiliations and the girls’ grief over the dead body have a sobering sadness that is far more adult that one expected such as a scene would be in the circumstances.

On the other hand, the crudeness of the animation kills a number of aspects – the wolf Maugrim looks far too cute to be any kind of menacing heavy, while the various species that the White Witch raises to go to war all have big goofy cartoon eyes, which seriously undermines any threat. The climactic battle scenes in particular come out crying to be delivered on a far more lavish scale.

The voicing is competent. Despite being mostly an American production, the film makes the point of obtaining English accents for all the kids. The one drawback with the voicing – a major problem also with the same equivalent performance in the 1988 BBC adaptation – is that the role of the White Witch is badly overacted with the voicing given by Beth Porter coming in fruity shrill quavers.