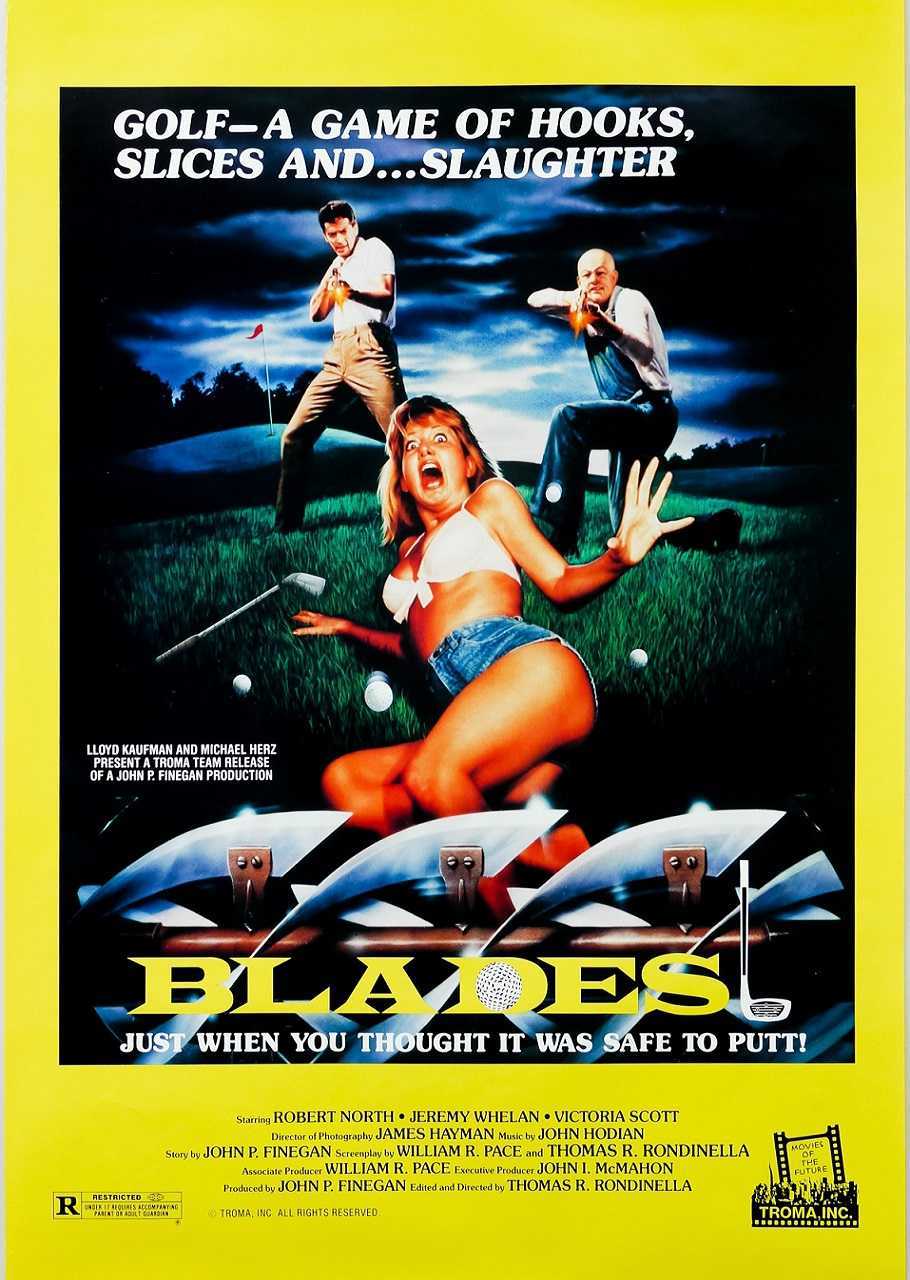 People are being killed at the Tall Grass County golf club. The self-important club owner and the police chief authorize a maniac hunt. Misanthropic former employee Deke Slade insists that the killings are being conducted by a killer lawnmower. The only hope is for Roy Kent, the resident golf pro, and Slade to team up and hunt the killer lawmmower down.

Blades was a debut feature from Thomas R. Rondinella who has worked sporadically in the film industry since.

About half of Blades seems to be shaping up to be a barely above routine slasher entry. However, at about midpoint it heads off on a tangent and becomes an absurdly entertaining parody of Jaws (1975) – with a killer lawnmower substituted for a shark and a golfing green instead of the open sea. The results are downright hilarious – the club manager is poached from Murray Hamilton’s mayor and instead of a public shark hunt offers a ‘maniac hunt’; Robert Shaw’s Quint is replaced by the admirably deadpan Jeremy Whelan who instead of heading out in a fishing boat dropping shark bait, trundles around the golf-course in a panel van, dropping bales of hay with smiley-face balloons attached as bait for the lawnmower.

The deadpan absurdities mount – Jeremy Whelan gets an hilarious little monologue, just like any obsessed character in a Jaws ripoff, explaining how the mower used to belong to his father and how he knew it wasn’t an accident when his father was found decapitated. After the end credits roll there is a sequence with a person trimming their hedge where the camera closes in on the dropped hedge-trimmer with the legend, parodying the famous advertising line for Jaws 2 (1978): – “Hedges – just when you thought it safe to trim.”

Blades received a theatrical release via Troma Films and is one of the better films they put out during this period, although it does not appear to have ever had a dvd release.