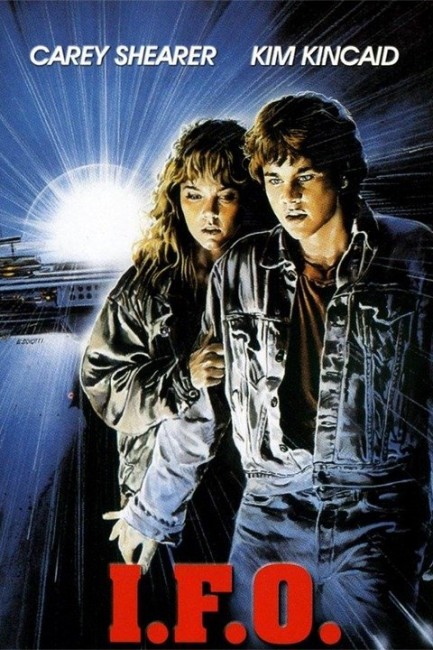 In the small town of Tahuchapi, California, teenager Max Hays is working as part of a holiday job cleaning up at an airport when he discovers the existence of a military project in a neighbouring hangar. There scientists are trying to develop a miniature surveillance helicopter that uses mind-control devices and has artificial intelligence. However, the helicopter is developing a mind of its own and starts disobeying orders. When the military brass demand the project be closed down, Max steals the helicopter so that it can discover the world for itself.

German-born director Ulli Lommel is an interestingly peripheral genre figure. He started as a Rainer Werner Fassbinder associate. He once made the arthouse The Tenderness of the Wolves (1973) about a true-life serial killer and then went onto make Cocaine Cowboys (1979) for Andy Warhol. In the 1980s, Lommel abandoned his arthouse career and came to Hollywood where he developed a minor reputation with a series of horror films. Lommel had a minor success with the horror film The Boogey Man (1980), although his career since the early 1980s has been prolific and undistinguished. (See below for Ulli Lommel’s other films).

Identified Flying Object is a B-budget children’s film. It steals from about every successful film of the time – the relationship between kid and Other in E.T. – The Extra-Terrestrial (1982), the rogue hi-tech helicopter from Blue Thunder (1983) and the tech-savvy teen rebels against military theme WarGames (1983). One knows exactly the type of film they are in for when the helicopter starts spouting colloquialisms and getting emotional in a squeaky voice. The result is tedium inducing and a struggle to sit through on every conceivable level.

Ulli Lommel cannot have taken much of the film seriously. The most bizarre element is when straight-laced scientists Paul Rugg and Tony Lovett get zapped by the helicopter and develop British accents and start into alternate comedy mad scientists routines, while mean-tempered Brian Bender runs around a diner ranting like a baby after being zapped. The results are genuinely bizarre and in such a would-be sentimental film entirely mismatched. That said, the straight performances, notably from the entirely vacuous Kim Cincaid, are even worse. There is a very tinny two-track synthesizer score.