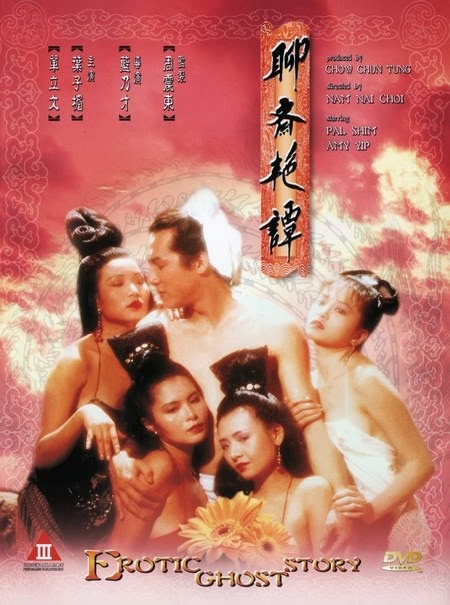 Three sisters, Fei Fei, So So and Fa Fa, are fairies that have recently gained human form after being demoted to live as animals. In the temple, So So has lustful thoughts about the god Wutung and is warned by a perceptive Taoist priest. Fa Fa then aids the scholar Ng Ming after he is attacked by bandits. She is drawn to him, even though he avoids contact with women because of his vows. However, the three sisters each end up seducing Ng Ming by accident. The four enjoy many erotic romps together. They then discover that Ng Ming is a demon in human form and that their dalliance with him is causing them to revert to animal form.

Hong Kong cinema, being the third largest industry in the world, is enormously self-imitative. After the amazing hit of A Chinese Ghost Story (1987), it was probably inevitable that someone combined Wu Xia fantasy and erotica. (Although to be fair, the Chinese Ghost Story/Erotic Ghost Story connection is only one that has been made by the English-language titling and the Chinese names of either film are very different).

The story, at least in the subtitled English translation, never clearly explains who the sisters are – at one point calling them vixens, another foxes – or why their reincarnation is such a big issue. Their being fairies is ultimately irrelevant to the story. It is also noticeable that despite the English-language title, there are no ghosts in the film.