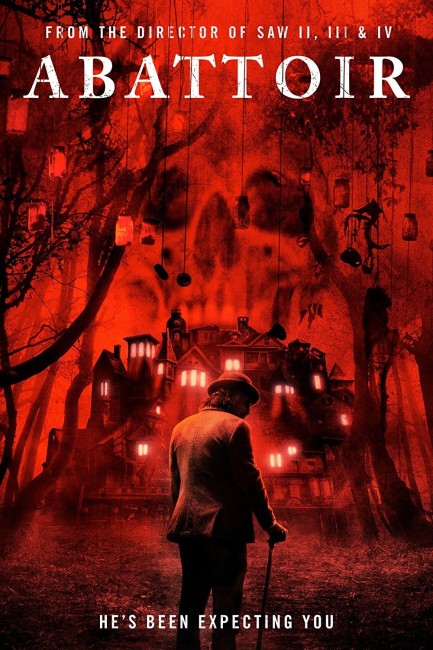 Baton Rouge journalist Julia Talben is shattered when her sister and sister’s family are slaughtered in their house. In the midst of this the killer calls Julia to taunt her. The killer Richard Renshaw is arrested at the scene and is jailed. Julia is then upset to find that the house has been sold only a matter of days after the murder and that the room where the murder took place has been removed. Digging into this, she uncovers the activities of the mysterious Resurrection Holdings who have a fifty-year history of buying up buildings where murders take place and tearing out the rooms in which they occurred. The investigation, along with the search for Julia’s parents, takes her to the tiny town of New English. There she is greeted with cold unwelcome by the locals. She learns of the pastor Jebediah Crone who is responsible for collecting the rooms and that he has a hold over the townspeople that has required them to sacrifice their family members.

Bousman returns here with a film that at first reading has an incredibly off-the-wall premise. In watching a lot of horror material, one of the things that strike you is just how much every film follows every other and all of them only cycle around a handful of the same tropes and ideas with little in the way of anything fresh. The idea in Abattoir of a sinister individual collecting rooms from buildings where murders have occurred has a fascinating wildness to it – it is a genuinely original idea – and leaves wondering how it could possibly play out.

I cannot say I am a fan of Darren Lynn Bousman’s films. The Saw films are gratuitously unpleasant. On the other hand, where Bousman has dialled back on this in his non-Saw films, the results seem lacking. Abattoir falls into the latter category – the very title ‘Abattoir’ suggests that he is going to deliver another gore-drenched bloodbath, yet the film itself is light on gore but equally lacks much else going for it. The opening scenes seem to bizarrely be trying to make the film into a work of neo-noir with people decked out in 1940s clothing, massive shoulder-padded suits, hats, makeup and so on – an effect that Bousman is unable to pull off at all convincingly.

The great disappointment of Abattoir is that after coming up with a great idea, Bousman lets it fall through his hands. Fairly soon into the story, we arrive at New English and the plot slots into familiar scenes of the heroine coming up against unspeaking locals with things to hide, dark clues about her own past and how these tie into the town’s secrets. This suggests for a time the film is going to come out something like Silent Hill (2006). Only what we get is at best a Silent Hill minus the atmosphere or any of the outlandish creatures. There is the surreal and unusual image of part rooms strewn throughout the forest and the arrival at a jigsaw mansion made up of different rooms. However, in terms of the ideas the film raises against what is eventually delivers this is utterly underwhelming.