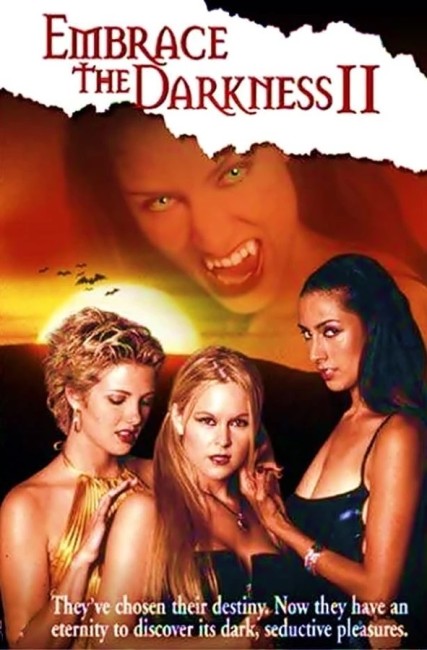 Jennifer Slane, a newly-born vampire created by Gaylen, comes to L.A. and moves into Gaylen’s apartment. There she is drawn to the vampire nightclub that operates across the street. At the club, she is befriended by 2800-year-old vampire mistress Lizzie and becomes attracted to Lizzie’s younger lover Jack. Meanwhile Peter, Jennifer’s boyfriend from back home, comes in search of her and falls in with the vampire hunter Van Helsing.

As the vampire queen Lizzie, Catalina Larranaga certainly has a sultry, decadent presence. Although the character of Tristen Coeur D’Alene’s Jack, the substitute for Kevin Spirtas’s Gaylen from the original, lacks Spirtas’s darkly handsome moodiness. D’Alene comes with a pockmarked face and an Irish accent – he seems more like a petty street thug than he does a moodily handsome vampire lover. He plays the part not too badly though – rather than a darkly tortured seducer, he gives us a more inward, softer, overtly romantic figure.

Director Robert Kubilos made a further sequel Embrace the Darkness 3 (2002), which continues the adventures of Jennifer but features an entirely different cast.