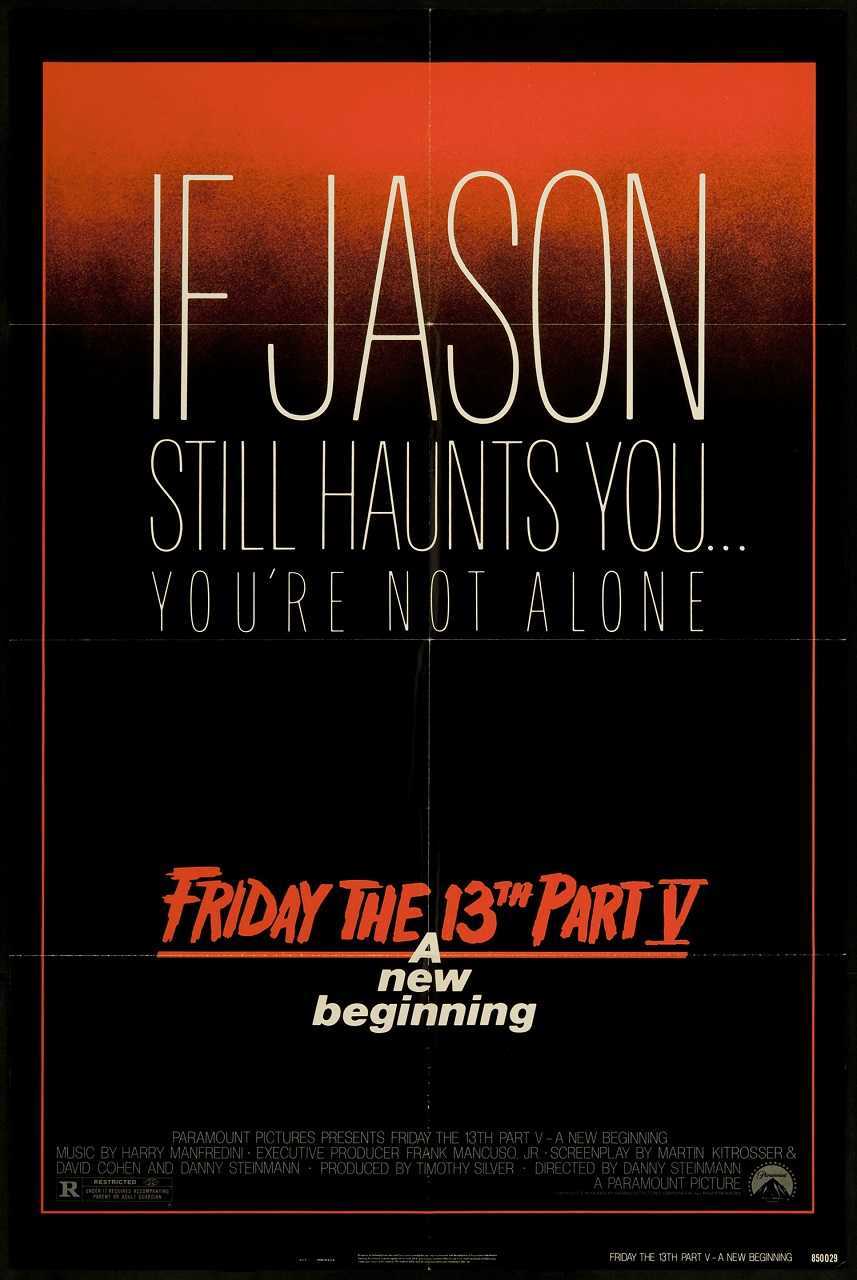 Tommy Jarvis, the kid who killed Jason Voorhees, is now in his late teens, but the incident has left him virtually autistic and he has been placed in a psychiatric institution. After the axe murder of one patient by another, Jason turns up and starts killing teenagers again. Police wonder how this is possible due to the fact that Jason’s body has been cremated beyond all doubt.

For those who cried relief at the fourth Friday the 13th Part IV (1984)’s subtitle The Final Chapter, alas your hope reckoned without the power of Box-Office, which seems to have far greater power to raise the dead than Dr Frankenstein and an army of voodoo priests put together.

Certainly, one has to admit that it is not actually Jason who is revived in Friday the 13th Part V: A New Beginning. In the end revelation, it is a psycho who is play-acting him but the net effect is negligible. (Exactly who the psycho is too is not very hard to spot – hint: it is the one who gives psychotic glares every time they appear on screen).

Friday the 13th Part V: A New Beginning and Friday the 13th Part III in 3D (1982) are the lead contenders for the worst of the Friday the 13th films, a race where there is a large number of challengers. The film starts promisingly, setting up an array of offbeat characters and creating the more interesting setting of a psychiatric institution than the usual lakeside camp. There is a potentially interesting story arc created with the now grown character of Tommy Jarvis who is set up to have to confront his childhood traumas by facing the very boogie man who created them.

However, none of this emerges. The interesting characters quickly turn into another array of cardboard victims – and mostly this is an occasion to allow some annoyingly bad performances to emerge to the fore. The script even misses all the potential opportunities – in the end, Tommy is not even the person who gets to kill or face Jason.

Everything is conducted with a good deal of styleless and unimaginative hacking by director Danny Steinmann – the only suspense comes in waiting to see how each victim gets it. The film contains the dubious merit of featuring the series high record for the greatest number of killings per film – some 23 this author counted – and the greatest number of undressed girls.

Director Danny Steinmann had previously directed the quite good The Unseen (1981) under the pseudonym Peter Foleg and then made the revenge exploitation classic Savage Streets (1984). Steinmann was not happy with the process of making A New Beginning and subsequently quit filmmaking, leaving Friday the 13th Part V: A New Beginning as his last film.