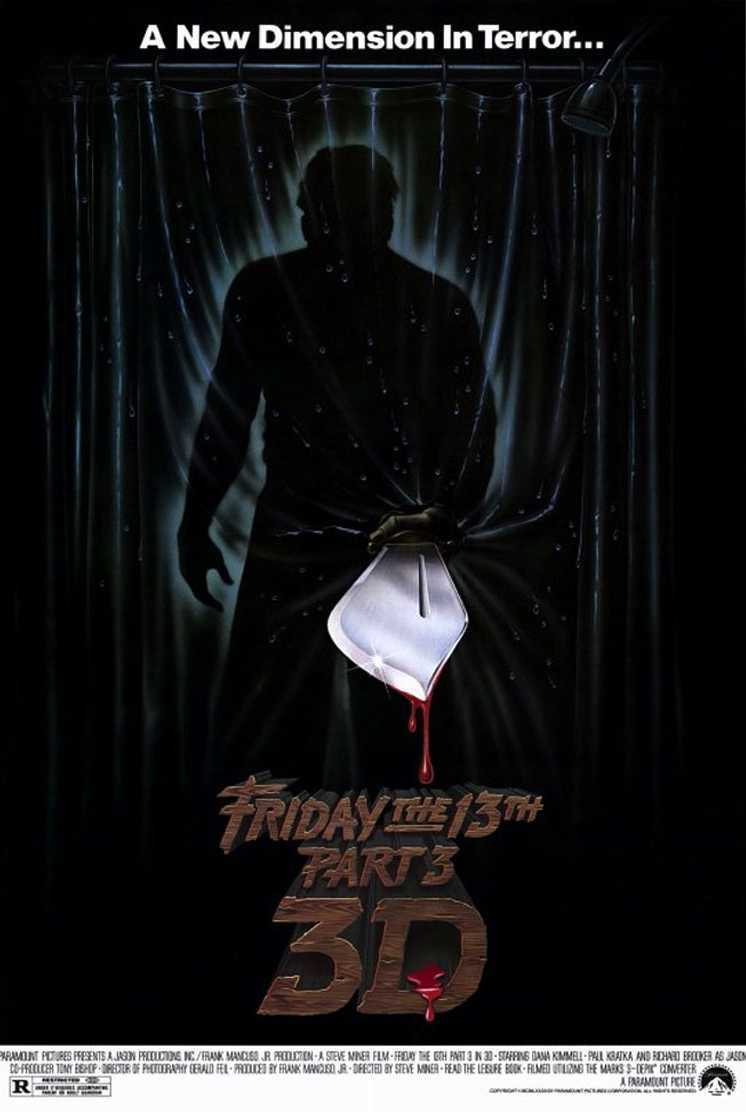 aka Friday the 13th Part III

Jason Voorhees emerges to kill a group of teenagers as they come to party at a farm.

This was the third of the films that began with Friday the 13th (1980). Friday the 13th was fairly forgettable and the rest of the series quickly degenerated into a formula wherein a group of teenagers gather around a particular location for no discernible reason, where they screwed, smoked dope, parties, where women took showers, people wandered into dark rooms alone, got butchered, where the practical joker was not believed when he tried to raise the alarm and so on ad infinitum.

The one difference between Friday the 13th Part III in 3-D and the other entries is that this one was made in 3D to exploit the short lived 1980s 3D revival fad begun with the truly atrocious Comin’ at Ya (1981). Thus there are an endless number of scenes where the audience gets various objects thrust into their faces – snakes, tv aerials, bats, mice, a doobie, a wallet, a fist with a chain wrapped around it, a yoyo, juggled fruit, popped popcorn and of course various novelty killings – a pitchfork coming out of the screen and then jabbing someone in the throat, one victim’s blood dripping out of the screen and into the audience. There is one physiologically ridiculous scene where Jason squeezes a character’s head and the eyeball goes popping out of the screen. It is sad when one realises that this is the highlight of the film.