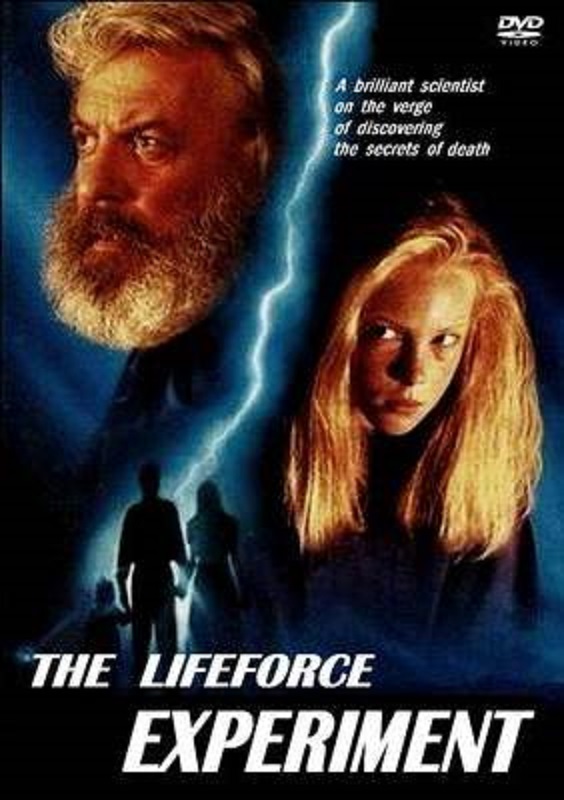 aka The Lifeforce Experiment

Jessica Saunders, a novice CIA agent with no field experience, is given a cover as a computer programmer and sent to work for Dr MacLean and report back on his activities. She soon learns that MacLean is conducting experiments to tap the energy of the dead. He shows her the experiments he is conducting with the young psychic child Niki. Jessica then learns that the culmination of MacLean’s experiment will be trapping the soul of his leukaemic lab assistant Ken as he dies in order to explore the afterlife.

Based on a short story that was published in 1966 by Daphne du Maurier, the author best known for Rebecca (1938), The Breakthrough/The Lifeforce Experiment is that rarity among science-fiction films – a film that fails through having good ideas.

The idea of a scientific quest to tap psychic energy and to scientifically examine the afterlife using somebody whose spirit has been held back from departing has a grand scope to it, even if the film’s idea feels more like a combination of Flatliners (1990) and the Edgar Allan Poe short story The Facts in the Case of M. Valdemar (1845). Equally good are many of the incidental – if not entirely well integrated – ideas packed around the edges of the story – the eerie scenes where Donald Sutherland taps computer commands telling the guard dog and Niki what to do, or the scene where Corin Nemec and Hayley Reynolds share a consensual dream under hypnosis.

The ideas unfortunately fall flat through, for once, not being given the spectacular Hollywood razzle-dazzle treatment. The images of Corin Nemec’s soul not very well optically inserted as it travels through a glowing tunnel and only seen on a video monitor (with the same piece of film being used several times over) is a considerably underwhelming depiction of such a grandiose idea as travel into the afterlife. The story almost cries out for the vision of vast CGI tunnels of light stretching between Heaven and Earth, angelic beings in white light or the humanist equivalent of such. Similarly, the outbreak of poltergeist activity is a scene that falls flat due to the complete absence of wonder engendered by the cheap effects.

All that the film has to fall back on is the stolid prosaicism of the story, which is rendered at a slow and dull pace. Even the story eventually falls prey to a lack of conceptual courage and winds everything up on a dreadfully trite ending where it is decided that there are some things that governments should not be allowed to get their hands on and the laboratory is allowed to go up in an explosion.

The Breakthrough/The Lifeforce Experiment was a British-Canadian production, shot in Canada. Director Piers Haggard is the grandson of adventure writer H. Rider Haggard, the author of the adventure novels King Solomon’s Mines (1885) and She (1887). Piers Haggard has made a handful of other genre works including the occult film Blood on Satan’s Claw (1971), the tv mini-series of Dennis Potter’s Pennies from Heaven (1978), Quatermass/The Quatermass Conclusion (1979), the spoofy The Fiendish Plot of Dr Fu Manchu (1980) and Venom (1982). The film is also co-written by British director Mike Hodges, best known for films like Get Carter (1971), The Terminal Man (1974) and Flash Gordon (1980).