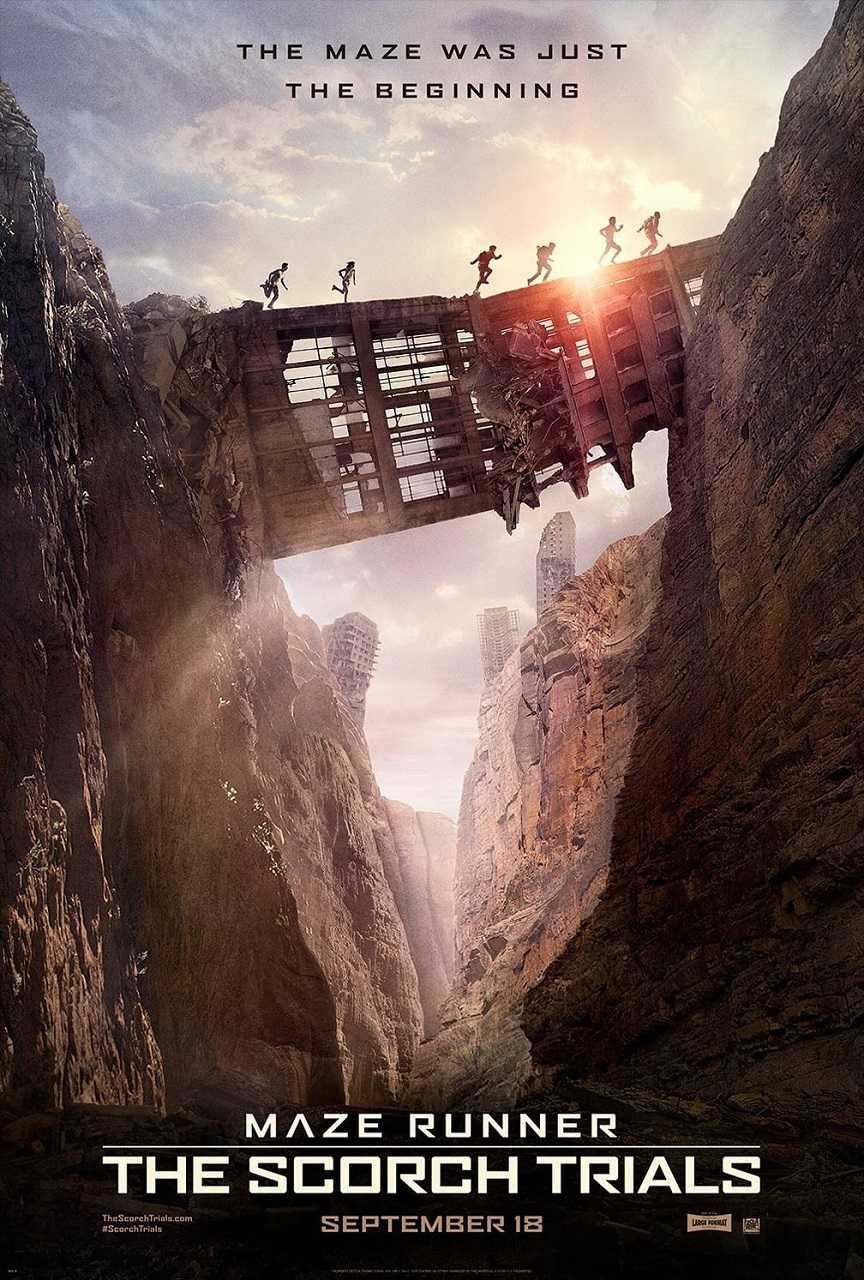 aka The Maze Runner: The Scorch Trials

Freed from the Maze, Thomas, Teresa and the others are taken to a WCKD facility where they are quartered with children from the other mazes. Thomas demands to know why some of them, including Teresa, are being selected and taken away. Thomas is then aided by Aris who shows him ways to navigate the facility’s ventilation ducts where they discover that those who are taken away are being preserved and drained. Pursued by WCKD troops, Thomas and the others make an escape out into the outside world – the post-holocaust desert wasteland known as The Scorch. This is inhabited by those infected by the Flare Virus who have become crazed zombies. They are discovered by Jorge who heads a group of breakaways that live freely in a secret enclave. They make an escape as the WKCD troops raid the facility. Thomas then sets out to find the location of the rebels known as The Right Arm.

I enjoyed The Maze Runner (2014). It was another of the Young Adult films that have become legion in the 2010s, following the wake of the YA science-fiction scenarios popularised by The Hunger Games (2012). The Maze Runner was a breath of fresh air amidst these. Where most of the other films – The Hunger Games, Divergent (2014) and their various sequels – rehashed standard dystopian stories that were well and truly tired to anyone who had watched/read much in the way of science-fiction, The Maze Runner did something different and created a conceptual puzzlebox with the characters having to find their way out of a massive maze deathtrap.

Like all other YA works, The Maze Runner was based on a series of books – so far five-books by US writer James Dashner, consisting of two sequels and then two prequels to the original. The second of the books, The Scorch Trials (2010), has been adapted here and reunites most of the principal personnel from the first film.

It should probably serve as a blanket condemnation of The Scorch Trials that the film has essentially thrown the book out, a tactic that has worked in Hollywood precisely – let me think – never. The book has a much more convoluted plot involving telepathy between Thomas and Teresa, Aris leading a different faction through The Scorch and being romantically involved with Teresa, no Right Arm, no scenes where they are lured into a nightclub, and much more in the way of machinations with the improbably acronymed WICKED (renamed as WCKD in the film). Existing characters are either completely rewritten or else new ones invented. Even the title of the film no longer makes sense – in the book the crossing of the Scorch was meant to be the group’s second trial akin to their passing through the maze in the first book/film, whereas here it is just a standard post-holocaust desert wasteland.

The Maze Runner was a good conceptual mystery that left you wondering what was going on, even if it faltered when it came to the weakly contrived end explanation. The disappointment of The Scorch Trials is that it features the same characters and production crew as before but it is a completely different film. This time there is no conceptual puzzle with the characters try to work out what kind of world they are in – all we have is just a chase movie with them being pursued from one location to the next.

Even then, The Scorch Trials gives the impression that the filmmakers didn’t have a clue what type of film they wanted it to be and so just kept pillaging other films that had come before. The first few scenes with the kids in the WCKD labs are probably the most interesting because there is a very minor sense of them also being in a labyrinth and trying to puzzle out the nature of the world. However, this is quickly resolved where it feels like all that the film has done is pillaged the essence of Michael Bay’s The Island (2005).

This is quickly abandoned and the film heads out into the desert where it seems to wander around in a big circle trying to figure out what it is doing. The group pass through ruins, encounter zombies, are drugged by a warlord, encounter two different factions of rebels and that is about it. Your average 1980s B-budget Italian copy of Mad Max 2 (1981) would have managed to get through this in a third of the running time whereas the feeling here is that Wes Ball drags each of these scenes out into a massive series of set-pieces because the film has absolutely nothing else happening.

We get large-scale scenes of Dylan O’Brien and Rosa Salazar falling through a collapsing building, another sequence where the rebel lair is blown up as the WCKD troops arrive and a big shootout climax. All of the action is maximised for the 3D camera ie. half the reason they are in a collapsed building is so that the 3D camera can look up/down at them through a slowly cracking glass window, or the destruction of Jorge’s stronghold where the explosions are rigged to come at us in 3D depth.

Equally, the film throws in several hordes of zombies – it should be worth noting in the book that the Cranks are supposed to be merely infected with something that is turning them insane but to differing degrees where some of them are also able to hold conversation, whereas here they are no more than standard horror movie zombies. It feels like a film that is nothing except kinesis, shooting and explosions for their own sake. Even the Divergent sequels and their laughably one-dimensional politics have more going on in them than that.

This was followed by the third film in the series The Death Cure (2018).