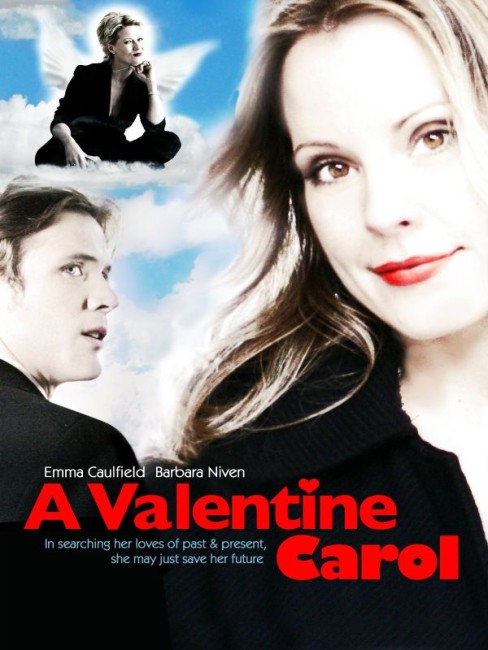 Abby Simms is a successful radio host with a love advice program on Seattle’s Kiss-FM. It is the eve of Valentine’s Day and Abby is preparing to marry lawyer Matt Dawson, who fulfils her perfect tick list of all the things she wants in a man. Abby then receives a visit from the ghost of her predecessor and mentor Jackie Marley who tells her it is wrong to marry for material qualities in a man. Jackie takes Abby on a tour of her past to show her the men she loved but walked out on for advancement of her career, the effects that her outlook has on those in the present, and the miserable life that she and those around her will have unless she turns from her status-obsessed ways of looking at love.

A Valentine Carol was made as a Valentine Day’s special for the US Lifetime Network channel. The basic conceit of the film is to take Charles Dickens’ A Christmas Carol (1843) and give it a Valentine’s-themed spin. Here, instead of the miserly Scrooge being visited by ghosts that show what he has missed in the past, the consequences of his parsimonious ways in the present and his eventual fate in the future unless he turns from his selfish ways, Emma Caulfield is a career woman who has become obsessed with the social status of the man she marries and is reminded of the loves she squandered in the past, the effect that her material outlook is having on others in the present and the lonely fate ahead of her.

You can appreciate the concept and as such A Valentine Carol is passably well written in terms of what it is. It is just that the film is a glib fantasy. Emma Caulfield, whose only real claim to fame was as a regular on Beverly Hills 90210 (1990-2000) and Buffy the Vampire Slayer (1997-2003), gives a singularly self-absorbed performance. She never seems very happy, which one supposes is what the character is meant to be, but on the other hand she never communicates the joy that the character discovers in her redemption. At all opportunities, Caulfield is out-acted by Barbara Niven who gives a gloriously airy, boozy, eyebrow-batting performance that steals much of the show – such even that the story has eliminated the Ghosts of Christmas (or Valentine’s) Past, Present and Future and lets Niven play all of them.

Director Mark Jean delivers the show with a polished blandness. Oddly, for a Valentine’s Day film, there is little romance in the film – you might have thought such a film would be designed to make its intended women audiences get all teary-eyed and sweep you up in its feelings, but instead what we have is more akin to a sermon being delivered by a marriage advice counsellor about turning from one’s material ways and believing in Love.