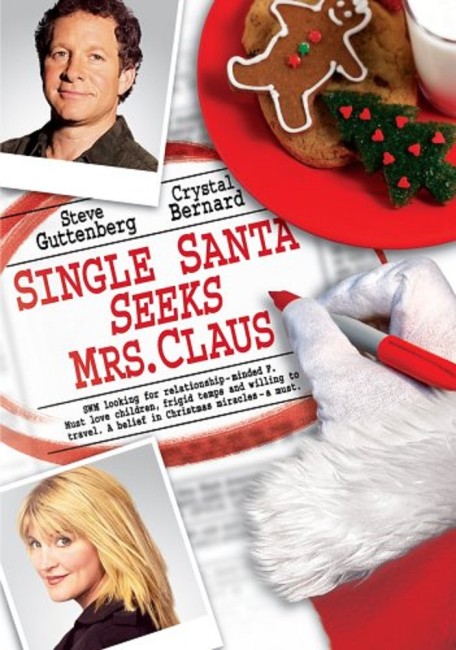 Santa’s son Nick learns that his father is to retire this Christmas and that he is expected to take over the job of being Santa. One of the requirements of the job is that he have a wife. Nick is given a list of suitable marriageable candidates and sent to California to choose one. Experiencing rejection at every turn, Nick wanders by the set where a Christmas toy commercial is being shot and is able to coach the distressed child actress in saying her line. He impresses the ad’s overworked campaign director Beth Sawtelle. When the actor playing Santa quits, Beth persuades Nick to step in to fill the role. He succeeds in charming her and persuades her to take a stand against the ad’s campaigner because the toys they manufacture send a bad message. As the two of them are attracted, Nick faces one major problem in asking Beth to marry him – his wife is required to believe in Santa and Beth does not.

Christmas is a big event in the US and there are normally at least half-a-dozen Christmas-themed movies produced for television each Yuletide season. Hallmark Entertainment, who have produced a great many family-oriented genre productions (see below), have been responsible for a number of these including The Christmas Box (1995), Mrs Santa Claus (1996), A Christmas Memory (1997), A Christmas Window (2002), Mr St Nick (2002), Santa Jr (2002), Angel in the Family (2004), The Christmas Card (2006), A Grandpa for Christmas (2007) and at least three different versions of A Christmas Carol.

The plot about Santa being mandated by his job to take a wife was previously conducted in the more high-profile, theatrically released The Santa Clause 2 (2002) a couple of years earlier. Fairly much to expectation, Single Santa Seeks Mrs. Claus is mawkishly sentimental on all counts. Harvey Frost’s direction tends to the frequently soft-headed. There is a very silly sequence where Steve Guttenberg teaches Dominic Scott Kay to find his rhythm in playing basketball by banging drums on whatever he can find around the court. The show is overrun by a banal score that turns sleigh bells and carols into orchestral themes.

Moreover, Single Santa Seeks Mrs. Claus lacks any conflict as a story. It is obvious from the outset that Steve Guttenberg and Crystal Bernard are going to end up together. In fact, both parties are attracted to one another early in the show and the rest of the film has to keep contriving reasons to not get them together in order to generate dramatic tension – she constantly being asked to go to work by her boss, that she doesn’t believe in Santa. Eventually, Single Santa Seeks Mrs. Claus comes out as a thinly disguised parable about Christian belief with the name of Santa substituted for that of Jesus – the film’s ultimate message is about having faith in things one cannot see and about how the happiest thing in life should be a traditional nuclear family. Despite the plot about Steve Guttenberg taking a stance against the commercialism of Christmas, the film contains blatant product plugs for brands like Yahoo and Pizza Hut.

Single Santa Seeks Mrs. Claus casts the role of Santa’s son with Steve Guttenberg. Steve Guttenberg was an almost star back in the 1980s with films like Police Academy (1984) and sequels, Cocoon (1985) and Short Circuit (1986) but his career nosedived well below the radar in the 1990s and beyond. Guttenberg proves somewhat unnerving when cast as Santa Jr. He has an overenthusiastic style of acting that makes for a backboneless fudge of a character. Moreover, in his pursuit of Crystal Bernard and befriending of her son (Dominic Scott Kay), Guttenberg comes across as an overly needy nice guy who is verging on being a stalker. Indeed, it would not take too much to rewrite Single Santa Seeks Mrs. Claus as a story about a stalker fixatedly attaching himself to a divorcee and her family.

The sequel, reuniting most of the cast and production personnel of Single Santa Seeks Mrs. Claus, was Meet the Santas (2005).