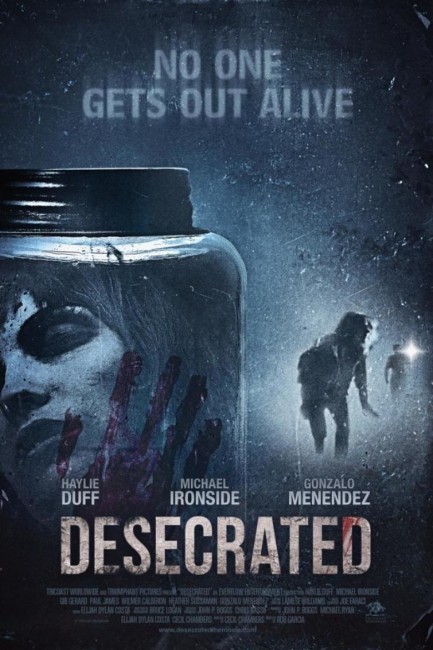 Allie McClean, her boyfriend Evan and four other friends head up to her father’s ranch for the last Spring Break they will spend together. The property is tended by the caretaker Ben, a former Marine who likes the solitude and runs hunting tours the rest of the time. Allie asks Ben not to let her father know that they are there as he does not approve of Evan. That night, Eduardo and Nina break into a cabin on the property to have sex and are shocked to find a shrine with body parts and pictures of Ben. When the others come though, there is nothing there. The next day, Eduardo and Nina’s off-road vehicle develops a flat. They remain while the others hike back to get help only to be tied up and killed by Ben. While he pretends to help the others find them, Ben instead uses his highly-developed hunting skills and arsenal of weapons to stalk and kill the rest of the group who he regards as intruders on the property. At the same time, he calls Allie’s father, saying that if he does not bring him the deed of the property, then he is going to kill her.

Although the title gives the impression that this is going to be some kind of supernatural horror, Desecrated is another backwoods slasher. The film doesn’t feature a hockey-masked maniac (more on that in the next paragraph) but follows a familiar and well-trod path – the teens traipsing off into the woods for a weekend of carefree partying and fooling around; their variously being isolated and slaughtered; the order in which they are killed off with the biggest jerks/those having sex going first and a Final Girl left for last.

That said, Desecrated does a reasonable job of delivering it. The characters are charted with more attention than you would usually get in a throwaway slasher. Moreover, the script puts some clever twists and turns on things in the way the group is separated and what one party gets to know or thinks is twisted back on the other. The film plays out like a Backwoods Brutality film (although the ranch where the action takes place doesn’t look like it is too far out of the city). In fact, the plot could almost be considered a slasher version of the oft-filmed The Most Dangerous Game (1932).

I felt that the film mishandled things by giving away the identity of the killer fairly soon into the show – like about the time that the first members of the group get killed. However, I soon realised that this was intentional and leads to one of the best aspects of the film – namely, Gonzalo Menendez as Ben. Menendez gives an intense and domineering performance. The film makes much of his background as a marine and specialist in hunting where it feels like it has done its research in making the role convincing. When you are used to the killers in films like this merely coming with plot descriptions like faceless or hulking, Menendez nails the part with an uncommon intelligence, lecturing the group of proper backwoods etiquette and berating the idiots in the group. It certainly makes the film something different.

The film is largely free of recognisable names. Final Girl Haylie Duff is the less well-known older sister of Hilary Duff and has a number of other acting credits. The film’s most recognisable name is Michael Ironside who has a long career playing villains and bad guys but is cast here as Haylie Duff’s father.