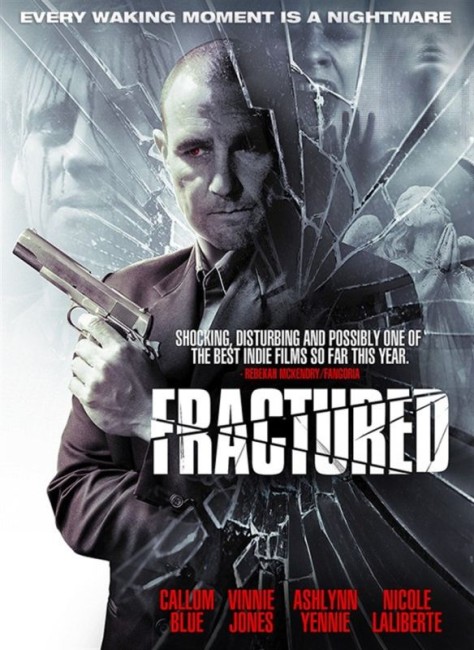 Dylan White has no memory of who he is since he was found by the side of the road three years ago. Even the name Dylan White is an id taken from a comatose patient at the hospital. Dylan now begins to suffer terrible nightmares. In these, he starts to see clues. He leaves his girlfriend Brandy and travels to Baton Rouge to follow the trail of the clues. These lead him along a path where he discovers that he was engaged in disturbing criminal activities in his previous life. He also begins to realise that the nightmares mean that he is caught between life and damnation in Hell. As he fights the hallucinations and his former associates coming after him, he wonders if there is a possibility for redemption from the things he has done.

Adam Gierasch is a rising name as a director of medium-budgeted horror films. Gierasch had started out writing screenplays for genre efforts such as Spiders (2000), Rats (2003), Dario Argento’s Mother of Tears: The Third Mother (2007) and several Tobe Hooper films, Crocodile (2000), Toolbox Murders (2003) and Mortuary (2005). Gierasch made his directorial debut with the hospital horror Autopsy (2008), followed by the remake of Night of the Demons (2009), Fertile Ground (2011) and House By the Lake (2017), as well as the Trick episode of Tales of Halloween (2015). Gierasch has co-written all of his films with Jace Anderson

I had no particular expectations of Fractured before sitting down to watch. Gierasch’s Night of the Demons had done little to impress me as anything other than a superficial formula horror film. Gierasch does start to intrigue one’s interest here as the film starts in with several surreal nightmare sequences like where Callum Blue is in a convenience store and reaches down to a freezer to pick up a drink only to be snatched through the cabinet by some type of creature.

It was not long after however when I began to bet with myself “I wager that we are in some type of deathdream film.” This is the name I have given to the genre that has become enormously popular in recent years following the lead of The Sixth Sense (1999), all ending with the now heavily cliched left field final revelation that the central character has been dead all along. I kept being reminded here in particular of Jacob’s Ladder (1990) where Tim Robbins’ central character was suffering from nightmare intrusions and apparitions that were eventually revealed as figures from the afterlife coming to take him. This turns out to not quite be the case but I was not far off in my estimation.

Soon after Callum Blue heads to Baton Rouge, Fractured seems to become less interested in its nightmare and reality games and slips into the thriller standard of the amnesiac man trying to trying to piece clues about his life together. The revelations the film seems to offer here are nothing particularly startling or wild, although Adam Gierasch conjures a moderate noirish intensity on occasion. There is one rather nasty and sadistic scene where we see Nicola LaLiberte being scalped by Vinnie Jones.

Once it comes to Callum Blue having conversations with a sinister mirror reflection of himself, the film’s interest perks up. We then see that what we have is in fact a damnation and redemption story. At this point, I was being reminded less of another deathdream film than I was of Angel Heart (1987), an ostensible film noir detective thriller wherein gumshoe Mickey Rourke discovers that the man he is hunting is in fact himself, a damned soul who has no memory of his prior identity as someone who conducted great sins. Fractured offers a more upbeat redemption story, although it is eventually a far less interesting treatment of these ideas than you feel it could have been.