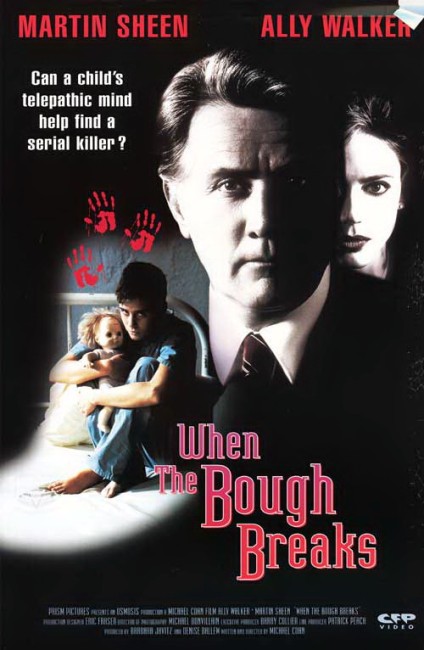 During a July 4th mardi gras in Houston, Texas, a pair of severed children’s hands are found having washed out of the sewers. It is the latest in a series of killings in which one pair of children’s hands have been found every July 16th. Forensic profiler Audrey McLeah is sent to investigate. She follows a lead, which takes her to Jordan Thomas, a teenager placed in a local psychiatrist hospital who has been an elective mute since a child. Every July 16th, his birthday, Jordan draws a pair of hands on the wall of his cell. Audrey struggles to find a way to communicate with Jordan and find the link between him, his dead twin sister and the killer.

The film’s success is entirely due to a strong and absorbing thriller plot. It is structured around the relationship between profiler Ally Walker and the autistic boy (actually played by a girl, Tara Subkoff) and the provision of a series of eerie twists. Each of the twists – the moment Ally Walker finds the word ‘Mine’ written on the wall; the time Jordan starts mimicking Ally’s voice with perfectly mimed mouthed movements; the eerie scene where he writes that his name is Jennifer Lynn Eben and that he is underground – all contain a genuinely spooky thrill. The growing relationship between the two, triumphing in his speaking for the first time, is conducted with enormous emotional power.

It is due to the effectiveness of these thrills and the emotion engendered that one never questions the many holes in the script until you sit down to think about the film afterwards. These do nevertheless exist – the telepathic relationship between Jordan and his twin is never explained; we never find out what drives the killer to abduct a child and cut off their hands every July 16th and why he has chosen to alter his pattern now; or the frankly unbelievable coincidence that a second paedophile who stalks victims in an ice cream truck just happened to be present and mistakenly caught on videotape the day that one of the other children was abducted. However, due to the effectiveness of the film, one is prepared to accept these substantial stretches of dramatic licence.

Ally Walker gives a good and convincing performance, certainly a great deal better than the non-performance she gave in her previous film Universal Soldier (1992). Her character is well sketched and as a result she was subsequently cast in an almost identical role in the first three seasons of the tv series Profiler (1996-2000). Indeed, When the Bough Breaks could almost have served as a pilot episode for Profiler. The film at first seems to set her up alongside Martin Sheen as a classic city slicker dealing with the locals relationship but Sheen, despite top-billing, is unexpectedly dropped about halfway into the film and the relationship between Ally Walker and Tara Subkoff allowed to take over.

Director Michael Cohn later went onto make the fascinating dark fairytale Snow White: A Tale of Terror (1997). Despite the excellence of both these film, neither were successes and Cohn has remained silent for nearly two decades until he made the thriller Sacrifice (2015).

The sequel, made for cable, was Perfect Prey (1998), which was released to video as When the Bough Breaks II. There Ally Walker’s role was inherited by Kelly McGillis.