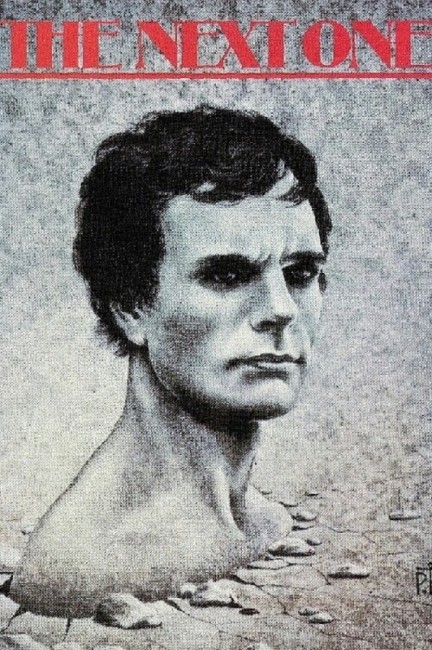 aka The Time Traveller

American widow Andrea Johnson lives on a peaceful Greek island with her young son Timmy. One morning following a storm, they find a man lying naked on the beach. He has no memory of who he is, only the number 01313-1 on his skin. He chooses the name Glenn and he and Andrea soon become lovers. However, there are many strange things about Glenn – he appears to have two hearts, can make himself vanish and can resurrect the dead. As Glenn regains his memory, he begins to insist that he comes from another dimension. Andrea comes to suspect that he could also be a wanted killer. Meanwhile, a resentful local who desires Andrea stirs up trouble for Glenn.

It is not hard to see the similarity between UFOs and religion. Both require faith, both are represented by visitations in glowing lights. And in many cases the two are combined – as in the various UFO cults that sprung up in the 1970s, the chiliastic belief in deliverance by UFOs, or people like Erich Von Daniken and lesser imitators who create grand UFO cosmologies. The Next One emerged on the tail end of the renewed interest in cinematic UFOs created by Spielberg’s Close Encounters of the Third Kind (1977) and E.T.– The Extra-Terrestrial (1982) and is one of the cases on film where the similarities between the alien and the religious become outrightly recognised.

The Next One is a slow-moving film that takes a long time to make any point. The symbolism comes ponderous and heavy-handedly – Keir Dullea’s mysterious visitor spends much time longingly likening himself to Christ – at one point, he rather ludicrously seems to recognise the face on an icon of Christ’s face in a church (as though artists model portraits of Christ on the real thing); is incarcerated for a crime he did not commit on Good Friday and so on. In the moments before the alien’s arrival, the camera focuses on copies of Future Focus, The Cosmic Connection, Omni magazine and posters from The Empire Strikes Back (1980) littered about the house as though this acts as a mystic focus for the alien’s arrival.

The principal revelation that Keir Dullea comes either from the future or another dimension (the film says both at various points) and that the brother he is searching for arrived two thousand years before and was crucified for being too perfect is interesting. So too is Keir Dullea’s realisation – a repudiation of the Christian message, in fact – that human beings must be allowed to work through their own imperfections and find their own way. The Next One is a considerable oddity as science-fiction films go. The same theme of alien visitor as Jesus Christ analogue was far more challengingly broached by the Argentinean film Man Facing Southeast (1986) several years later.

Greek director Nico Mastorakis has made a number of other genre films including the interestingly ultra-violent Island of Death/Island of Perversion (1975), the psychic film Death Has Blue Eyes (1976), Blind Date (1984) where a blind man tries to stop a serial killer, the acclaimed horror film The Zero Boys (1986), the supernatural thriller The Wind (1987), the psycho-thriller In the Cold of Night (1989), Nightmare at Noon (1990) about a town driven insane by bio-spill, and the cyber-thriller .com for Murder (2002). Mastorakis has also produced the monster movie Blood Tide (1982), Sky High (1985) and the psycho film Grandmother’s House (1988).