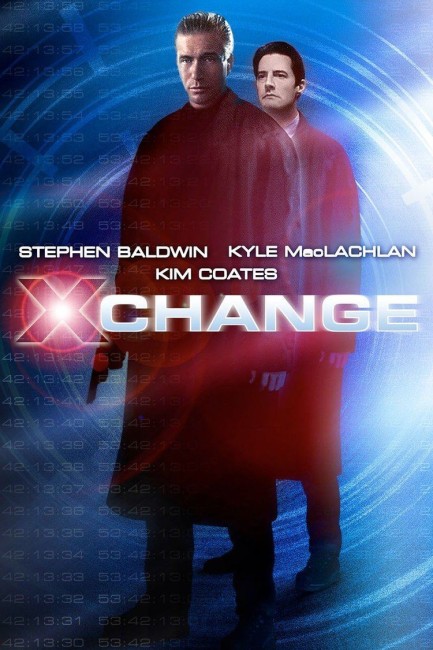 In the future, the process of swapping minds between different bodies has become commonplace and is used for everything from quick and easy travel to recreation to the use of genetically enhanced temporary clone bodies to get around labour laws. Executive Stewart Toffler needs to get to San Francisco from New York for a conference in a hurry and reluctantly agrees to swap bodies or ‘float’ to do. However, when it comes time to return his host body the next morning, he finds that the person who rented his original body has gone AWOL and is in fact a wanted terrorist. Fleeing the attempt to impound his rented body, he hides inside a modified construction worker’s body that is only designed to last for 48 hours. There Stewart attempts to find his original body in a quest that takes him inside a conspiracy of corporate assassination.

It proceeds from the basis that any good science-fiction film should – it takes an idea – a future where bodily exchange has become accepted – and builds out from there, creating a strong thriller plot ie. what happens when you change bodies and then someone hijacks the original? The concept and its social milieu is filled out with some fascinating ideas – the idea that in this future it is easier to transfer bodies than take a flight from New York to San Francisco; having bodies impounded by Interpol; the executive who swaps bodies with his trainer so the trainer can exercise his body; bars and an entire singles scene built up around Floaters; genetically enhanced bodies with short lifespans intended for construction work.

Christopher Pelham’s script is filled with a number of imaginative background details – the amusing moment when a person credit’s is cancelled and they are deemed a vagrant by the police, and Cyberpunk-type gadgets – miniature guided missiles, sonic bombs, the William Gibson-ism of monofilament wires. All in all it makes for an impressive little science-fiction film.

Allan Moyle is a director from Quebec who before this had had some quite reasonable mainstream releases with the likes of Pump Up the Volume (1990) and Empire Records (1995). His one other genre film was the script for the medical vampire film Red Blooded American Girl (1990).