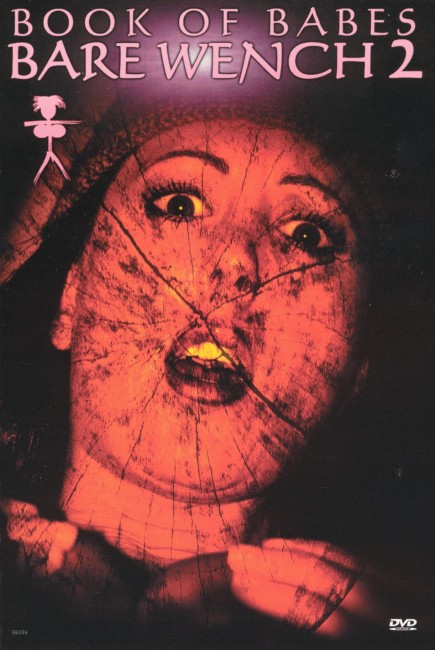 The film footage left by the five girls who disappeared while searching for the Bare Wench on Bare Wench Mountain in Bareassville, Delaware has become a sensation. Nikki, sister of one of the missing girls, gathers five others girls, along the original guide Lunk, and sets out an expedition back to Bare Wench Mountain to find what happened. They have been given money and cameras by Dick Bigdickian to make a film about their search party.

The Bare Wench Project (1999) was a parody quickly released in the wake of the success of The Blair Witch Project (1999). Essentially, director Jim Wynorski took a bunch of starlets best known for taking their clothes off and got them to wander around in the woods, improvising a series of riffs on Blair Witch. The result was excruciating in its inanity. It was however a success and produced three sequels of which this was the first (see below for others).

For the sequel, director Jim Wynorski is back, along with Nikki Fritz and Lenny Juliano as the dim-witted Lunk, as well as director Andy Sidaris billed as a character called Dick Bigdickian who is supposedly playing himself. Fritz plays a character called Nikki who is supposed to be the sister of the missing girl she played in the first film – although confusingly, both sisters are called Nikki.

As before, the entire film gives the impression it was made by a minimal camera crew and six airheads wandering around the wilderness improvising what they think is funny dialogue. Much of the film feels improvised on the spot. One scene where Nikki Fritz tries to narrate the history of the Bare Wench into the camera is upstaged by Lenny Juliano’s outrageous mugging as he photobombs her throughout everything she says. Clearly nobody involved is taking any of the proceedings with the slightest seriousness – the girls run someone down in their RV and stop on the roadside and try to revive him, which involves one girl rubbing her tits on his face and another girl dry humping his crotch.

Wynorski pads the film out with lots of scenes of the girls dancing around the campfire. We actually do get an appearance of the Bare Wench (which is more than The Blair Witch Project gave us in regard to its witch) that consists of a vision of Julie Strain looking like an exotically lit go-go dancer up in the sky. In the spirit of the complete randomness with which the film seems conceived, the girls banish the witch with a raygun that they find having been left by a tree for no apparent reason. At the end of the film, Lenny Juliano and the missing sister appear aboard a UFO promising beer whereupon the girls join them and they all fly off.