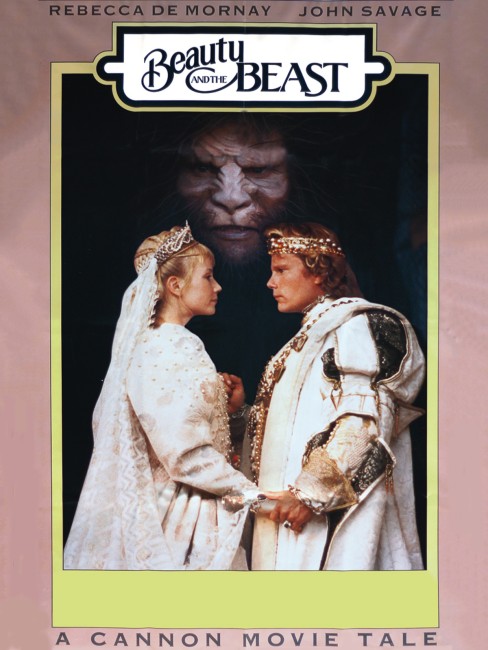 A merchant comes upon a deserted castle and decides to stay the night. He finds that lodgings have mysteriously been provided for him, although does not see any inhabitants. In the morning, he prepares to leave and plucks a rose from the garden to take home to his daughter Beauty. An angry Beast then appears, ready to kill the merchant for stealing his roses. The merchant pleads for his life and the Beast allows him to go free if Beauty will take his place. Beauty agrees to do so. Once she arrives at the castle, Beauty is at first frightened but then drawn to the hideous but strangely courteous Beast, who similarly begins to fall in love with her.

Beauty and the Beast is one of the better among Cannon Films’ unlamentedly cheap series of Movie Tales. (See below for other titles). It is an unexceptional variation on the familiar and oft-filmed story. It is far too predictable what is going to happen. The middle pf the film is padded with song and dance numbers where nothing happens as we invariably wait for the overly familiar tale to take its course and Beauty to fall in love with the Beast.

On the plus side, director Eugene Marner gives Cannon’s usually threadbare sets and costumes more texture and believability than usual. John Savage’s portrayal of the Beast comes with just the right degree of misanthropy, nobility and moody temperament – unfortunately as the prince, Savage gives a singularly wooden performance. Equally, Rebecca De Mornay is a little too wide-eyed and blank in the role. Together the two of them seem to clunkily stumble around their parts without ever connecting. Passably average. The definitive version of the fairytale is still Jean Cocteau’s Beauty and the Beast (1946).