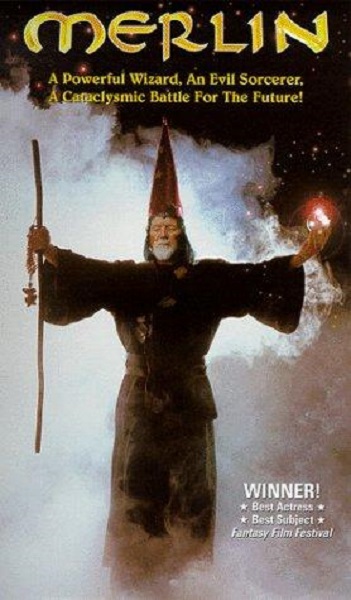 Journalist Crystal Lake is sent to cover a mining dispute in the small town of Lansdown, Nevada. There she keeps encountering people – geologist John Pope, the strange magician Leung Tau and the ruthless mine owner Pendragon – who also appear in her dreams. Pendragon uses magic to cause her car to crash and she is killed, however Leung Tau raises her from the dead. He explains that she is in fact the Lady of the Lake from the legends of King Arthur and the daughter of Merlin the Magician. Both she and Pope, who is King Arthur, have been reincarnated throughout the ages as Pendragon has sought to obtain Excalibur and bring about October 32nd, the day where time stands still. Pendragon now marshals his thugs and uses black magic to try to kill them, while they make all effort to find the hiding place of the sword, the only thing that can stop Pendragon bringing about October 32nd.

The idea of the Arthurian legends (or aspects of them) transplanted into the present is one that has always appealed to filmmakers. The notion has found particular appeal on tv in the likes of The Last Defender of Camelot, an episode of The Twilight Zone (1985-7) that featured Merlin in the modern day, and the Doctor Who episode Battleground (1989), a muddled effort that involved time travel and the revelation that The Doctor was Merlin, while the British tv series Knights of God (1987) transplanted the legends to a post-holocaust totalitarian regime. This British-Slovakian production was another version that brought the Arthurian legends into the modern day.

The basic premise of October 32nd seems promising at the outset. However, this is a promise that flounders the moment that one actually sits down to watch the film. It is quite possible that the writers of October 32nd have never even read any of the Arthurian legends – for one, they have a villain named Pendragon, whereas in the legends Pendragon was actually the quite benign figure of Arthur’s father. Even more peculiarly, Arthur is not the hero; instead, the film focuses on the modern day reincarnation of the enigmatic character of the Lady of the Lake, who gave Excalibur to Arthur in the first place. Indeed, take away the vague Arthurian elements – reincarnations of Arthur and the Lady of the Lake, the quest to find Excalibur – and all that would be left would be the basics of a standard horror movie.

Its’ lack of anything to do with the Arthurian legends aside, what kills October 32nd is how incredibly cheaply made it is on all counts. The music is played on a tinny synthesizer and, rather than enhances, actually distracts from the drama it is supposed to be accompanying. The visual effects consist of tatty animation and stop-action effects and have a cheapness that lacks in any magic whatsoever. Indeed, the dreariness of the magic involved in the defence of Merlin’s lair, withstatues come to life and Victor Wong’s magic fairydust, is completely laughable.

The film has a B movie cast line-up. Australian actor Peter Phelps is wooden and has no heroic presence whatsoever as Arthur. The show is in large part stolen by the chirpy Victor Wong who gives it his all but still ends up being defeated by the imponderable dialogue. Richard Lynch does the black-cloaked villain role he can do in his sleep by now, although the flashbacks scenes outfit him with an incredibly fake looking blonde beard.

The late Paul Hunt was a director/producer who had started out making sex films. He made several other low-budget, independently made films, including The Clones (1973), the first film about cloning, and the horror film Twisted Nightmare (1987), as well as producing the horror film Demon Wind (1990).