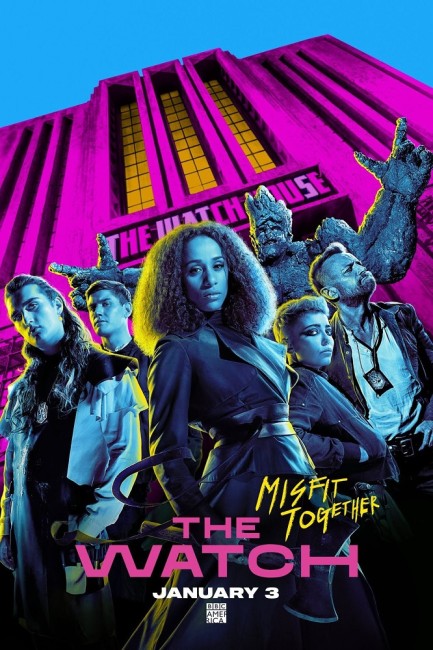 In the city of Ankh-Morpork, Sam Vimes, the captain of the city Watch, is summoned by the patrician Lord Vetinari. He is given orders to find a book that is missing from the Unseen University, the repository of knowledge for the Magicians’ Guild. The search pairs Sam with Lady Sybil Ramkin. During the course of their investigation, Sam encounters Carcer Dun, a childhood friend that Sam thought he had seen fall to his death several years earlier, who has now returned unaged. Carcer and his associate Wonse have the missing book and use the spells to summon a dragon that attacks the city but are unable to control it. They seek the parts of Gawain the talking sword and other elements that will allow them the mastery of the powers Carcer desires in order to destroy all of Ankh-Morpork. It is up to Sam, Lady Sibyl and the constabulary of the Watch to take a stand and find the pieces before Carcer does.

Terry Pratchett was one of the most popular fantasy writers in the world. During his lifetime, Pratchett put out over 60 books. Beginning with his fourth book The Colour of Magic (1983), he created the Discworld, a flat disc-like planet that sits atop four elephants that stand on the back of a turtle travelling through space. The Discworld series became Pratchett’s most popular creation and he published 41 books in the universe. Pratchett conceived Discworld as a parody of various fantasy tropes, characters and stories and created an expanding line-up of continuing characters that weave in and out of the various books, many having become fan favourites. Pratchett died in 2015 as a result of Alzheimer’s.

Terry Pratchett’s success has naturally attracted some media attention. There were several adaptations of his books for British television, the first being the Claymation animated Truckers (1992) from Thames Television, a charming six-part children’s series about a group of gnomes that live in a department store; Johnny and the Dead (1995) and Johnny and the Bomb (2006), two BBC mini-series about a boy who can see the dead; the animated Discworld tv series adaptations, Soul Music (1997) and Wyrd Sisters (1997); the live-action Discworld mini-series’ Hogfather (2006), The Colour of Magic (2008) and Going Postal (2010); and the tv mini-series adaptation of Pratchett’s non-Discworld novel Good Omens (2019).

The Watch is not based on a specific Pratchett book but is an adaptation of general characters from Pratchett’s Watch books, which began with Guards! Guards! (1989). Sam Vimes went on to become one of Pratchett’s most popular characters and he and the various characters of The Watch appearing in thirteen other books. It probably need say little more about The Watch than that Pratchett’s widow Lyn and Neil Gaiman, his co-writing partner on Good Omens (1990), both roundly denounced it as a betrayal of Pratchett’s work.

What The Watch feels like is a work that was maybe understood by Simon Allen and some of the writers who at least give the impression that they attempted to approximate Pratchett’s characters and world. On the other hand, you feel that the directors and producer had zero understanding of the material, that the production designer had not even read the books and the casting agent foisted the production with actors that bore little resemblance to most of the characters in the source material.

The books take place of the Discworld – a flat world in the shape of a disc balanced on the backs of four elephants standing on the back of a turtle. Discworld operates as a Mediaeval kingdom in the standard type of Fantasy Otherworld, although is one where Pratchett is constantly having fun with the tropes and cliches of the genre. However, the mini-series has thrown out any mention of the Discworld; here we are merely in ‘another dimension’. The world in the mini-series is a jarringly anachronous mixture of fantasy kingdom and the modern world – one where magic, magic creatures and peasantry take place alongside electric lights, the use of computer tablets and public telephones, where the Watch even form a rock band with electric guitars, microphones and amplifiers. The Mended Drum has gone from a standard fantasy inn locale to a dingy basement nightclub covered with neon paint.

The casting and characterisation is frequently wrong. Lord Vetinari, Dr Cruces and Cut-Me-Own-Throat Dibbler have for no real reason been rewritten as women. Lady Sibyl Ramkin is meant to be an eccentric aristocrat who is described as well-rounded in figure and spend all her time breeding dragons whereas in the mini-series she gets a single baby dragon and is rewritten to become an associate member of The Watch and given a backstory about fear of assassins. Death is one of the most popular characters in the Pratchett universe. Death always speaks in caps – your impression is that this should come with sepulchral tones like tombstones grating. Fine and underrated actor as Wendell Pierce is, Death should not speak with the smooth baritone voice of a Barry White impersonator.

The casting often feels like someone has made every effort to make this seem as inclusive as impossible – often to the point where the story has been butchered to make such inclusions fit, irrespective of Pratchett’s conception of the characters. In the books, Cut-Me-Own-Throat Dibbler is a rat-like male merchant who will sell anything for money; in the tv series, Throat Dibbler has become a girl in a wheelchair who we never see trying to sell anything. In the books, Corporal Cheery is meant to be a dwarf who is employed as a forensicologist where the big twist is that everyone assumes Cheery is a male because of the beard but then learn that he is a woman. In the mini-series, the role of the dwarf is cast with six-foot tall trans actor Jo Eaton-Kent who is openly genderfluid from the outset and flips back and forward between having and not having a beard. Even of those who can said to bear a certain approximation towards the characters, Richard Dormer seems to spend the entire series as though he is engaged in a gurning competition – it is performance that seems to almost entirely consist of him conducting facial contortions.

This had the potential to be a decent Pratchett adaptation but the production design and casting, oblivious to the world created on the printed page, kills the show. There are occasional flashes where Pratchett’s original conception comes through – the Unseen University and the Librarian. There’s also a witty scene visiting the Assassin’s Guild, which you feel as though it could have come direct from Pratchett’s pen. However, even the tone of Pratchett’s humour seems missing from a large part of the series – what the producers and writers here don’t seem to get is that Pratchett was poking fun at fantasy cliches, or else writing how fantasy world characters would create their own versions of contemporary things. And then there is just the incredible silliness of scenes like where the automated security system in the retirement home takes people over and forces them to disco dance to Wham’s Wake Me Up When You Go-Go (1984). Or a climax that involves the Watch forming a band and putting on a concert to lure the dragon into a trap.

The more you watch the series, the more it feels like the creative team struggling to drag the show out to the full eight episodes despite the wealth of material present if they had adhered to the stories. Thus we got a plot that entails a search for component pieces to make the magic sword work and then whole episodes that seem padded with side trips to find said components – where they have to variously break into the Assassin’s Guild, into a retirement home, take a trip across a desert where objects from our world keep materialising, a sidetrip to a dwarf mine and so on. The most ridiculous and padded of these is where we get a visit to an alternate world where all the characters inhabit very different roles – this is a twist that various genre tv series throw in principally as an opportunity to have the actors play something very different but usually signals the show is only trying it to do something to shake the familiar up. Seven episodes in, it feels like The Watch is a show that has no idea what it is trying to do.