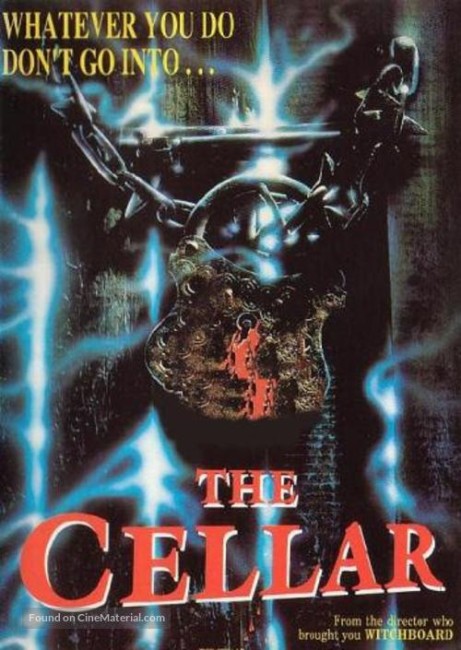 Mance Cashen and his wife Emily buy a house in the desert. Willy, Mance’s son from his previous marriage, comes to stay with them for the summer vacation. Willy discovers something monstrous in the cellar. It later tries to attack him from a sinkhole on the property. From the local Indian chief Sam John, Willy learns how the cellar houses the imprisoned Kegwai, a demonic spirit raised by Sam’s ancestor, a Comanche chief, to fight against the white man.

American Indian culture has not been treated well on movie screens with very occasional exceptions like Dreamkeeper (2003) and the glorious The Manitou (1978). In genre cinema, it has mostly served to provide an endless array of cursed burial grounds as in Shadow of Chikara (1977), Poltergeist (1982), Scalps (1983), Pet Sematary (1989) and Grim Prairie Tales (1990), or mystic/magic artifacts and supernatural McGuffins as in Like Father, Like Son (1987) and The Darkness (2016), even resurrections from the dead as in The Chosen One: Legend of the Raven (1998) and Jonah Hex (2010). (See American Indian Themes).

The film sets up a great piece of opening narration about the raising of a warrior spirit to fight against the white man, which seems filled with promise. And there is a not too bad confrontation in mid-film between Chris Miller and Indian medicine man Michael Wren where he explains what the Kegwai is. However, the actual provision of the Kegwai proves to be a massive letdown.

Tenney fails to generate any excitement throughout – the various cuts away to the images of burbling mud are about as uneventful as you can get. There is slightly more to the scene where something reaches up and tries to grab young Chris Miller as he swings across a pond on a rubber tire. And then there is the demon (?) in the titular cellar. It looks as though most of the film’s budget was blown on this but it crucially never gets to do much except snarl and flex its claws. It is an incredible letdown on the build-up.

To be fair to Tenney, he took over a pre-existing project at short notice when John Woodward, who is also credited as the film’s co-producer and writer, bowed out for reasons not known. Tenney may well have been working with a low-budget and a sow’s ear of resources as he has shown elsewhere he can make a reasonable film given a decent budget.

It is interesting to see Patrick Kilpatrick in a rare good guy role. This was back when Kilpatrick was a relative unknown – several years later, he has established himself as a bad guy and played thugs and psychos in assorted action movie roles and genre outings such as Class of 1999 (1990), Death Warrant (1990) and Scanner Cop II: Volkin’s Revenge (1995). It is slightly unnerving after being used to him so many villain roles watching him playing the ordinary family man and father.