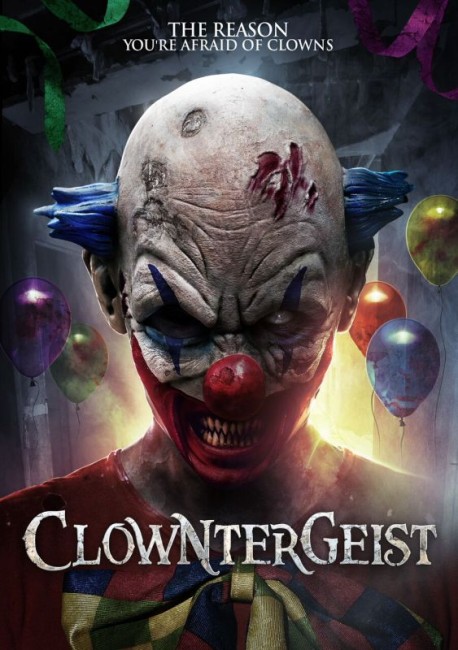 Emma and Heather are best friends and roommates and work together at an ice cream parlour. However, the parlour is forced to close for the night as the sheriff orders a curfew because of an escaped killer on the loose in the area. Emma has a fear of clowns and now begins to see bloody balloons everywhere telling her she has until 2:30 am in two days’ time before she is killed. She and her friends are haunted by terrifying appearances of Ribcage the Clown. Emma’s only hope would appear to be Ken Randal whose daughter was killed in exactly the same way a year before.

The killer clown has a certain history on film. The earliest films I can find that delves into the subject were a cluster in the late 1980s with Killer Klowns from Outer Space (1988), Clownhouse (1989) and Out of the Dark (1989), although what popularised the theme more than anything was the original It (1990), while you could also cite The Joker from Batman comics and real-life serial killer John Wayne Gacy who used to charity work in a clown suit.

With the release of the remake of It (2017), we have been deluged by killer clown films – the killer clown almost seems set to become its own genre niche that you suspect will soon sit alongside the zombie film and the killer shark film. (For a more detailed overview of the theme see Killer Clown Films).

At the outset, Clowntergeist looks set to be yet another crappy killer clown film. You’d not be wrong in taking such an impression (and the film currently sits at a 3.1 rating on the IMDB user poll). Clowntergeist is low-budget; on the other hand, I couldn’t bring myself to deride it in the same way I did the recent Joker’s Wild (2016), which operates on the same level of surreal reality blurrings and pop-up killer clown jumpscares.

I started to quite like the film from the opening scenes where Cailtin Rigney goes to her uncle’s place, finds the lights are out and then asks him about moving the clown statue in the corner only to be told from the other end of the phone “There is no clown statue … Get out NOW.” You have to credit Aaron Mirtes as he delivers a reasonably solid barrage of jumps and launches into them with a determination to get an effect out of his audience (and moreover succeeds on a number of occasions). There is one particularly good scene where the trio of friends (Brittany Belland, Monica Baker, Burt Culver) are pursued through the house by the hulking clown shape and huddle out of sight under the bench in the kitchen.