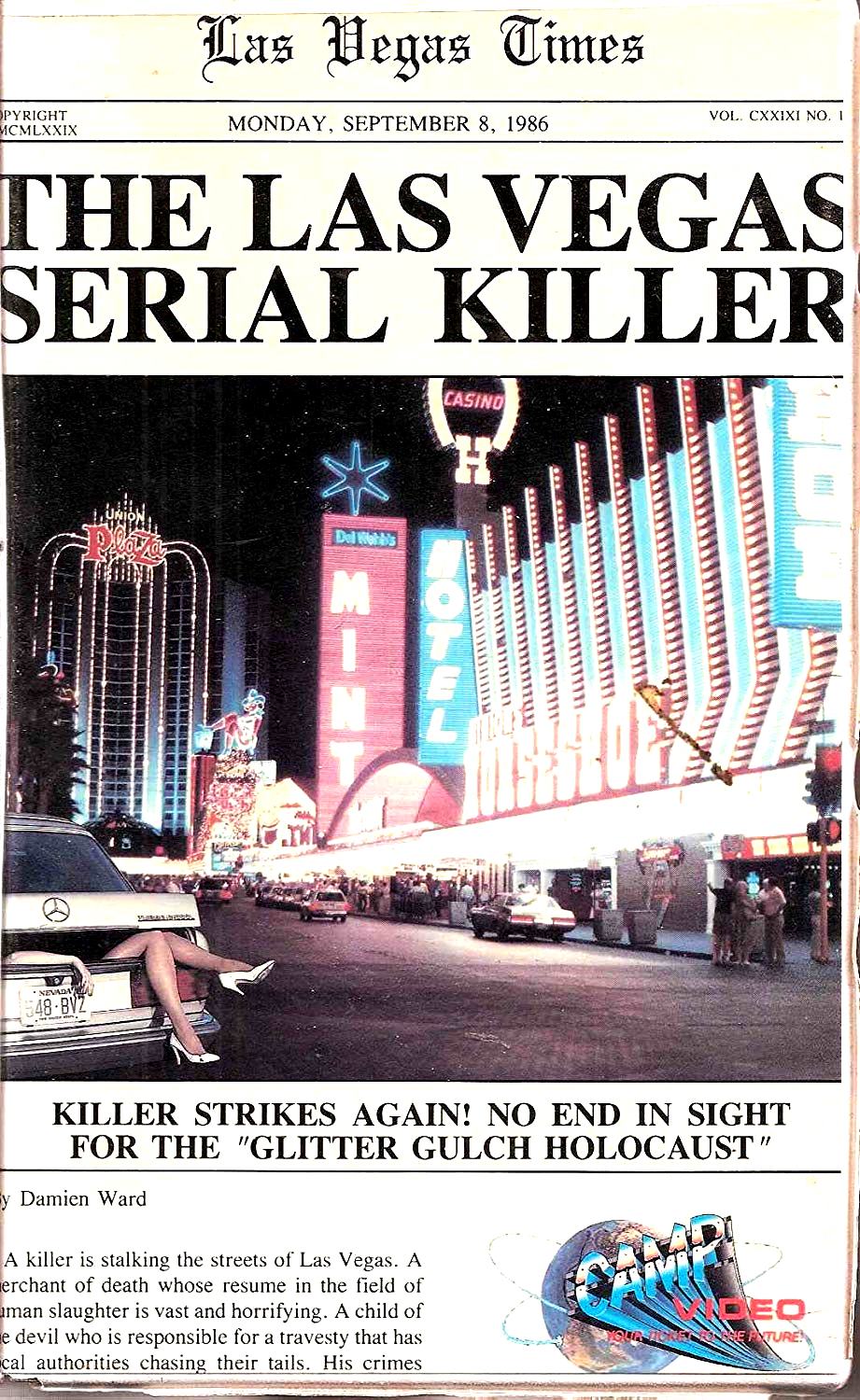 The serial killer Johnathon Klick is released from jail on appeal where it is believed that he made up many of his claims about killing multiple victims. Klick arrives in Las Vegas and immediately sets about his old activities, strangling a host of dancers, prostitutes, models and girls at parties. At the same time, two friends Clarence and Jack arrive in Vegas and go on a mugging spree. After robbing her workplace, they leave a secretary locked in the trunk of a car. Klick then comes by and kills the girl whereupon Clarence and Jack are believed responsible for Klick’s killing spree.

Filmmaker Ray Dennis Steckler (1938-2009) attained a cult reputation in Psychotronic cinema. Steckler never made it as a mainstream director or had any major success in his lifetime but his films were rediscovered in the 1980s and became fascinating curio items of weird and terrible cinema. Almost all of Ray Dennis Steckler’s reputation centres around The Incredibly Strange Creatures Who Stopped Living and Became Mixed-Up Zombies (1964) and its unique title, although he made a number of other works. (See below for Ray Dennis Steckler’s other films).

The Las Vegas Serial Killer is a sequel to Steckler’s earlier work The Hollywood Stranger Meets the Skid Row Slasher (1979), which also featured Pierre Agostino as the serial killer Johnathon Klick. Incidentally, this makes (as far as I am aware), The Las Vegas Serial Killer the very film to employ the term ‘serial killer’. Steckler shot the film round Las Vegas where he was living at the time while teaching film classes at the University of Nevada. He essentially went out into the streets, filming in his own home and using his students as extras.

There isn’t really much to The Las Vegas Serial Killer. Just a series of scenes where psycho of the show Pierre Agostino stalks various women, leering at them ominously and then killing them, which usually involves him strangling them by various means. Ray Dennis Steckler never developed much of a style directorially and these scenes are fairly perfunctorily shot.

The scenes with Pierre Agostino’s killer are interspersed with other scenes featuring Ron Jason and Chris Cave as 70s macho men in black t-shirts and sunglasses who wander around the city. They seem to spend all their time staring at women, in particular being fascinated with their legs, making various derogatory comments about their looks in between conducting a series of muggings and purse-snatchings. You keep wondering what these two are to do with anything. However, later in the show, they lock a woman in a car trunk after a robbery whereupon Agostino kills her and they are believed responsible. There is an abrupt ending where they flee from a robbery and bump into Agostino in the street and simply kill him.

Steckler, although he hides behind the pseudonym of Wolfgang Schmidt, is happy to throw in a good deal of self-reference. There are number of references to “movie star Cash Flagg”, while the pool murder is said to take place at one of Flagg’s parties – Flagg being the pseudonym that Steckler used during acting appearances in several of his films. Later there is also a prominently displayed poster for Incredibly Strange Creatures on the wall above the two muggers as they sit in a cafe.