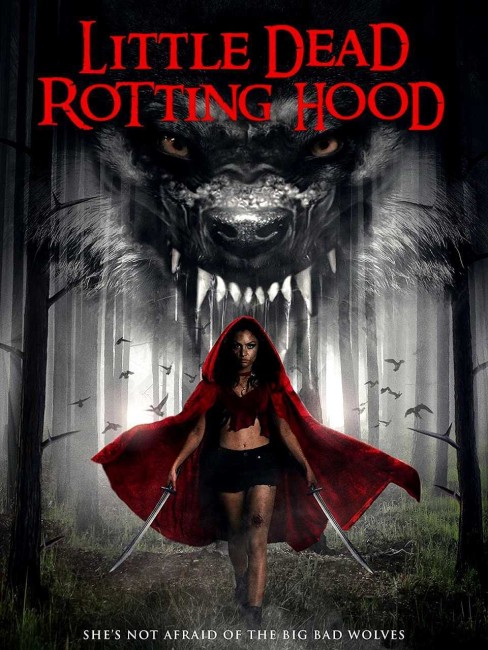 In the small town of Stillwater, Pennsylvania, Samantha is buried by her grandmother in a ritual, before the grandmother slits her own wrists. The sheriff Adam is called in to investigate the grandmother’s death and Samantha’s disappearance. He is then faced with a sudden spate of deaths all over town. It is discovered that these are being caused by wolves, believed to be a new species. As Adam tries to trap and kill the wolf he believes responsible, he comes to realise that what he is dealing with is werewolves. Samantha then makes a return from the dead, having been granted powers by her grandmother that allow her to fight the werewolves.

The Asylum is a company specialising in low-budget films that come out mimicking the titles of big-budget, high-profile releases in the hopes that people won’t look too closely or notice the difference. It is a strategy they call ‘mockbusters’ and has produced titles such as Snakes on a Train (2006), I Am Omega (2007), Transmorphers (2007), Allan Quatermain and the Temple of Skulls (2008), The Day the Earth Stopped (2008), The 18 Year Old Virgin (2009), Paranormal Entity (2009), Battle of Los Angeles (2011), Abraham Lincoln vs. Zombies (2012) and Age of the Hobbits (2012), among others.

Little Dead Rotting Hood is another of these Asylum fairytales. You get the impression that it is an occasion where someone came up with the title first and then decided to make a film to go with it after. There is not much of the original fairytale in the film – there are werewolves, there is a grandmother who now comes steeped in witchcraft lore rather than sits in her cottage waiting to become a victim of the wolf.

If nothing else, this is a film that gets you in the door with its title alone. On the other hand, take away the attention-grabbing title and all that you have is a B movie about werewolf attacks in a small town before the revelation of werewolf clan wars and a magically empowered werewolf hunter. There is nothing particularly notable or exceptional about any of it. The wolf effects are passable, although the CGI of a giant-sized wolf is very so-so.

The film comes with a much better cast than usually fills out the average Asylum film. In the lead is Eric Balfour, an actor I have maintained for some time is long overdue much better parts than he gets. Here he holds the centre of the show with an effortless and affable ease as the figure of friendly authority. There is also Patrick Muldoon, a regular B movie trouper, as one of the deputies, and Marina Sirtis, Counselor Troi from tv’s Star Trek: The Next Generation (1987-94), as the grandmother.