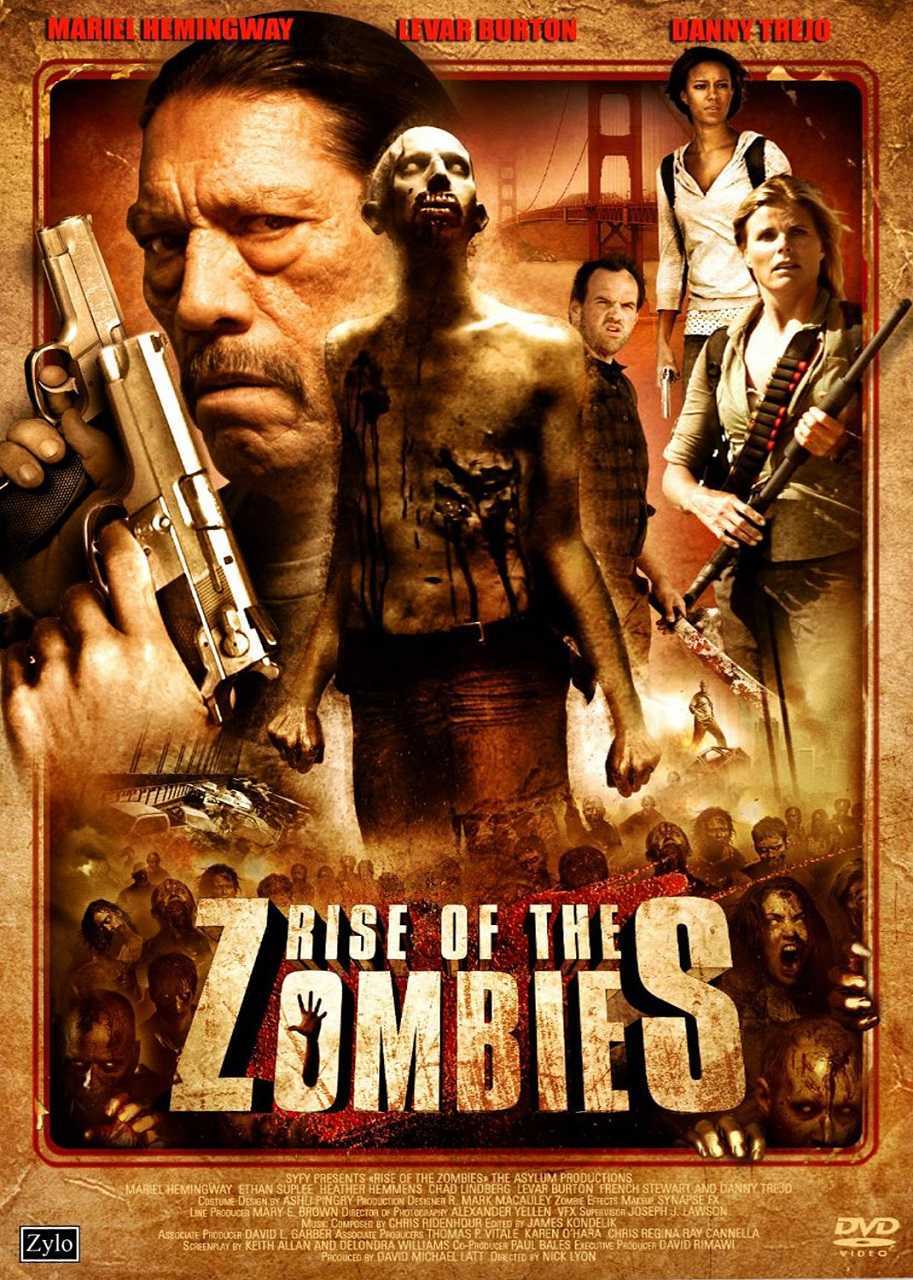 A group of people have taken shelter from the zombie apocalypse at the former prison on Alcatraz Island. There scientists Lynn Snyder and Dr Halpern are trying to scientifically understand the phenomenon. Lynn takes hope from Dr Barney Arnold, a scientist at UCSF who seems to have found a cure. She wants to go to the mainland and find Arnold. However, Captain Caspian wants to head to an evacuation point at Petaluma and so the group splits up. This means that Lynn and her group have to travel through the zombie-overrun streets of San Francisco. Halpern meanwhile stays behind at Alcatraz determined to keep experimenting and finding a way to get through to what his zombified daughter Julie used to be.

The Asylum is a company specialising in low-budget films that come out mimicking the titles of big-budget, high-profile releases in the hopes that punters won’t look too closely or notice the difference. It is a strategy they call ‘mockbusters’ and has produced titles such as Snakes on a Train (2006), Transmorphers (2007), Allan Quatermain and the Temple of Skulls (2008), The Day the Earth Stopped (2008), The 18 Year Old Virgin (2009), Paranormal Entity (2009), Battle of Los Angeles (2011), Age of the Hobbits (2012) and others. Outside of their mockbusters, The Asylum are mostly known for their gonzo shark films – Mega Shark vs Giant Octopus (2009), 2-Headed Shark Attack (2012), Sharknado (2013) and various sequels to these.

When you look at the vast number of zombie films made during the 2000s/10s, it is a surprise that The Asylum has not jumped aboard the fad as often as they have plumbed the shark film. The thinking may well be that they didn’t bother because the genre has been so overworked by others, nevertheless there have been a number of occasions when they did. One of the first occasions they did do so is one of their more obscure and better efforts Night of the Dead “Leben Tod” (2006). Director Nick Lyon made Zombie Apocalypse (2011) and Rise of the Zombies here for them, both notedly around the time that tv’s The Walking Dead (2010- ) went big where either film may well have been construed as mockbusters. Elsewhere there was gonzo and mockbuster efforts such as Abraham Lincoln vs Zombies (2012), Dead 7 (2016) and Zoombies (2016). In The Walking Dead inspired stakes they also made the tv series Z Nation (2014-8).

Rise of the Zombies is fairly much a typical zombie film with no particular distinction to set it aside from the hundreds of others. The gore scenes are about average – there is a mildly intense series of scenes with the zombies mobbing the prison at the beginning. We get other scenes with the attempts to scientifically understand the phenomenon, which take the film in an interesting direction but not enough is made of this.

One thing that sets Rise of the Zombies aside from most of The Asylum’s other product is a slightly better budget. The film does goes on location and gets in some okay effects shots. It is notable in terms of having a far better cast than usually appear in Asylum films. This includes Mariel Hemingway as the lead scientist; LeVar Burton, Geordi from Star Trek: The Next Generation (1987-94), as the scientist attempting to get through to his zombified daughter; and French Stewart as the doctor on the mainland they set out to rescue.

The most high-profile name present is Danny Trejo who plays his usual tough guy role but gets killed off about a third of the way into the film. The name that impressed me the most was Ethan Suplee – an actor who seemed to start out as cliche bully and bad guy roles before suddenly surprising completely in the highly underrated tv series Chance (2016-7). Here Suplee plays a heroic character with an intently focused seriousness that stands out – even after a risible scene where he has his arm chopped off to prevent infection and then moments later is required to pilot a helicopter.