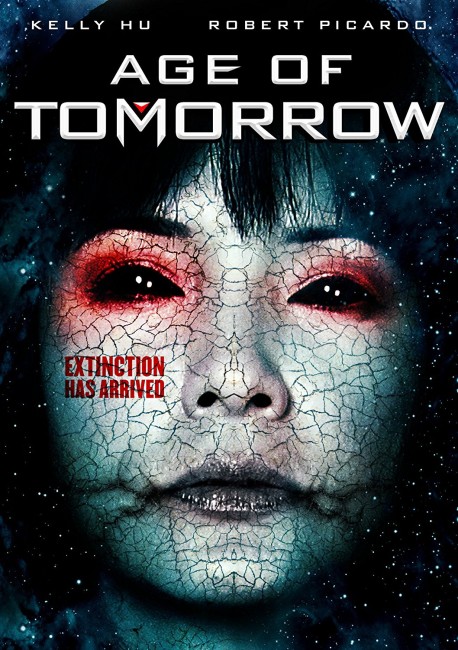 NASA informs General Magowan that an asteroid a quarter the size of The Moon is heading on a collision course with Earth. Maverick shuttle pilot James Wheeler is immediately pressed into action to launch a mission to plant nuclear missiles to divert its course. Upon landing, he and his crew of roughnecks discover that the asteroid is not a natural object and explore its tunnels, only to be shot at by aliens. Hunted, they in desperation jump through a teleport device to end on an alien planet. Meanwhile, hundreds of spheres are launched from the asteroid and begin targeting everything moving on Earth. In Los Angeles, fireman Chris Meher battles through the devastation, fighting off the spheres, to rescue his daughter Lindsay. On the planet, Wheeler and his men realise that the aliens are transporting humanity en masse through portals to use as experimental subjects and set out to fight back despite great odds.

The Asylum is a low-budget production company who coined the term ‘mockbuster’ to describe their work. Starting back when Steven Spielberg announced his version of War of the Worlds (2005), they opportunistically leapt on the fact that the H.G. Wells novel was in public domain to serve up their own low-budget copy War of the Worlds (2005) and released it to videostores one day before Spielberg’s film hit theatres. They have since been responsible for a great many low-budget films with copycat titles designed to ride on the success of popular hits. These include the likes of The Da Vinci Treasure (2006), Snakes on a Train (2006), AVH: Alien vs Hunter (2007), I Am Omega (2007), Transmorphers (2007), Allan Quatermain and the Temple of Skulls (2008), The Day the Earth Stopped (2008), 100 Million B.C. (2008), Sunday School Musical (2008), The 18 Year Old Virgin (2009), Almighty Thor (2011), Battle of Los Angeles (2011), Age of the Hobbits (2012) and Atlantic Rim (2013), among others.

Age of Tomorrow was released four days after the Tom Cruise science-fiction film Edge of Tomorrow (2014), which featured Cruise as a rookie soldier caught in a timeloop experiencing the same day over and over as he attempted to repel an alien invasion. Most of The Asylum’s mockbusters are derived from high-profile properties that are either adapted from a known work or remaking another film meaning that the basics of the plot are easily able to be copied. Edge of Tomorrow must have been somewhat of an unknown for them as the only thing in common between the two films is that they both feature an alien invasion. There is no equivalent of Edge of Tomorrow‘s central timeloop theme here, for instance.

Exactly what type of film Age of Tomorrow is is a good question – much of the show leaves you trying to get a handle on it. The initial scenes in which an individualistic crew of roughnecks launch in a shuttle to plant a nuke to divert an oncoming asteroid start out seeming like a riff on Michael Bay’s Armageddon (1998). Certainly, the scenes on the asteroid, relayed on one of The Asylum’s cheap budgets, seem to be being conducted with vastly more ambition than there were ever the resources at hand to adequately convey them.

With the discovery of the aliens on the asteroid, the film then seems to be heading in the direction of a film like Battle of the Worlds (1961) or Within the Rock (1996) with explorers encountering aliens on hollowed-out asteroids. However, rather than stay with that, the film jumps off into two plot strands – one of these takes the roughnecks through a portal to fight the aliens on their home planet. Another seemingly unrelated plot strand involves fireman Lane Townsend and his crew fighting across L.A. dealing with alien spheres that obliterate everything that seems a threat where you feel like the film is channelling The Asylum’s earlier Battle of Los Angeles.

None of this seems to work. The flying alien spheres come with some competent effects but the venture to the alien world is a cut-price planetary adventure – where the alien planet they are exploring is so civilised that all of the outdoor scenes appear to be taking place in a park with manicured garden paths. Nor do the two story strands have much to do with each other and it is only at the very end that the two merge, before the story reaches an inconclusive cliffhanger that feels as though it were intended to spawn a sequel. Much of the rest seems action-movie posturing – fashionably unshaven heroes heading into action with resolute purpose. Lane Townsend even sets out with the declaration “I’m going to find my daughter.”

The only recognisable names are top-billed Kelly Hu, who has a minor role as a NASA scientist who joins the shuttle expedition, and Robert Picardo who plays the military general on Earth, where both only play secondary parts in either story strand. There is some bad science, including the roughnecks managing to conduct a cross-galactic radio signal with a mere military radio backpack (something that in reality lacks even the ability to broadcast beyond the borders of a terrestrial country). At another point, Kelly Hu’s astrophysicist talks about finding the ‘epicentre’ of the asteroid – a term that actually means the origin point of an earthquake – when you get the impression she means the centre or the core.