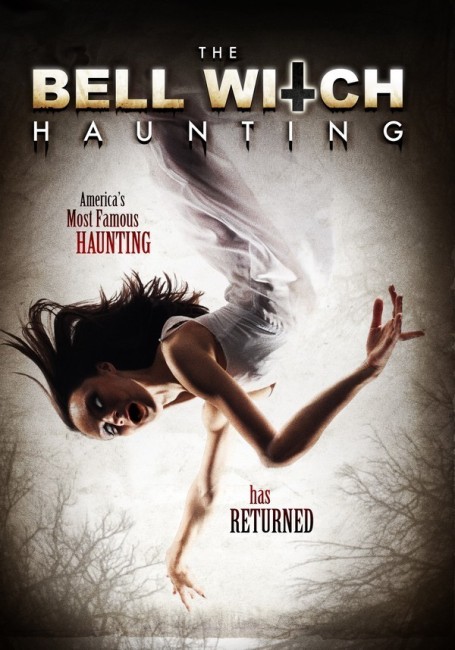 Video footage taken from police evidence. The Sawyer family moved into a new house in Adams County, Tennessee in January 2011. The teenage son Brandon received a video camera for his birthday and began filming everything that happened. He soon began to record a series of increasingly supernatural happenings occurring around the house. The bodies of the daughter Dana’s friends were then found hung in the nearby woods. As the force began increasingly tormenting them and killing others, Brandon made the discovery that the house was situated on the site of the famous Bell Witch haunting in the 19th Century.

The Bell Witch Haunting was a supposedly true incident that occurred between 1817 and 1821 where the Bell family of Adams, Tennessee claim to have been terrorised by a supernatural force. The spirit assaulted the teenage Betsy and struck down the father John Bell with palsy and possibly poisoned him. The Bell family believed this was a curse conjured by local woman Kathe Betts who fell out with John and had him excommunicated from the local church. Later-to-be US President Andrew Jackson supposedly tried to visit the Bell farm and was driven away by the spirit. There have been three films based on the legend with the low-budget The Bell Witch Haunting (2004) and Bell Witch: The Movie (2007), with the most high-profile of these being Courtney Solomon’s An American Haunting (2005).

The Found Footage ghost story (and genre as a whole) has so few original moves to it that most of them have been reduced to cliche within the space of less than a handful of films. By the time of The Bell Witch Haunting, these are starting to seem tiresome in their predictability. A great many of the directorial set-ups here are blatantly borrowed from Paranormal Activity and sequels – the infra-red cameras watching in the bedrooms as people sleep, ones mounted in the dining room and kitchen observing as things randomly fall over or doors shut of their own accord.

The basic plot of the family moving into the new house, which they then find to be haunted, has been uplifted from The Amityville Horror (1979) – we even get scenes where the father (Ted Jonas) becomes infected by ichor and turns brooding. It is also a film where the need to swing plot points gets in the way of credibility – I can buy that an electrical repairman might want to do a selfie How To film to upload to YouTube as a promotional gimmick but would someone really edit, post-produce and upload footage that showed the electrician being killed (as the on-screen site credits indicate it has)?

Glenn Miller, who as is wont with most Found Footage films, is uncredited. Miller has been a regular Asylum assistant director who subsequently went on to direct The Coed and the Zombie Stoner (2014), Santa Claws (2014), Zoombies (2016) and Aquarium of the Dead (2021). Very occasionally Miller does something that stimulates attention. One of the more interesting images is an infra-red shot where a sheet is levitated from two sleeping girls and then brought down, pinning them to the bed and suffocating them.

The film also gets one mild jolt off where James Simenc goes into the woods to pay tribute to his killed friend only to be abruptly snatched up into the air by a blurred force and his dead body tossed back seconds later. The last section of the film with the attempt to exorcise the house and much running around the woods with possessed people and handheld camera travels into tiresomely cliche areas by which point one switches off altogether.